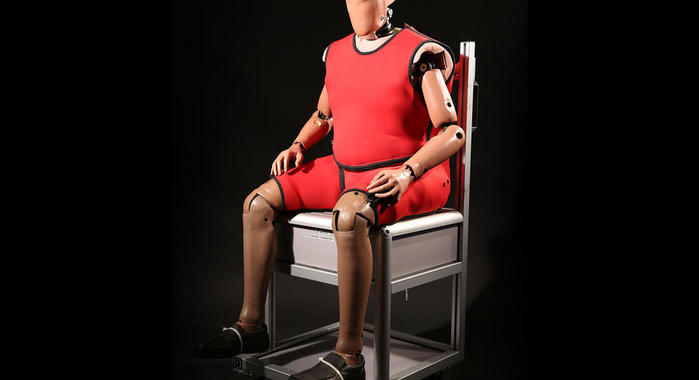 New Crash Test Dummies to Represent the Old and Obese

In order to represent the average driver, new crash dummies are being developed to test the effects of crashes on obese and elderly people. Seatbelts do not have the same effect on everyone. Humanetics, a US based manufacturer of crash test dummies have come up with dummies that were designed based on thousands of CT scans that the company’s team made of accident victims. Two new models have thus been added to their range, depicting a borderline obese 70-year-old female having a BMI of 29 and a middle-aged male adult dummy with a BMI of 35. Though they are both still in the prototype stage, Jim Davis, vice president of engineering at Humanetics, said that the company is keen to make them a reality. He said that auto manufacturers have been using the same type of dummies for 50 years and this needs to change. Generally, drivers who are obese suffer more trauma to their extremities but fewer injuries to their abdominal area when compared to average drivers. When it comes to the elderly, the main area of concern is their chest. The new dummies are also more accurate as they are based on a clearer understanding of the human body.

Prof Stewart Wang, a trauma surgeon and director of the International Centre for Automotive Medicine at the University of Michigan helped to create the new dummies and said that they represent a very significant and more normal part of the population. A research study conducted by the University of California in 2013 backs up Wang’s claims with findings that obese drivers are up to 78% more likely to die in a car crash than those of average weight.

According to Wang, in the case of a standard crash test dummy, the lap belt lies across an occupant’s bony hips, and the diagonal belt applies force to the chest. In the case of obese people though, the lap belt lies above the abdomen, increasing the possibility of the, being thrown into the dashboard. In older people, the pressure exerted by the diagonal belt can cause serious injuries to the chest area.

Wang and his team made thousands of CT scans of accident victims and measured the resulting 3D images in a process called analytic morphomics, to convert the different physiological states into numbers and measurements. Wang said that engineers from Humanetics hence now have a clearer mathematical understanding of the human body, resulting in new dummies which are more accurate. The data is also being used to install artificial organs that will behave like real ones in a crash.

Jim Davis, vice- president of engineering at Humanetics said that the company is working not only with ICAM but with major OEMs on the development of the dummies. He said that body parts for the dummies like ribs will be made using 3D printing. Earlier, the team had to design something that would deflect and move like a rib but not break like one, generally a metal rib with some dampening material glued to it. After being used in a few tests, the bonding in the dummy would change. With 3D printing and new materials, it is now possible to tune a rib to the precise performance that is needed.

The Humanetics team is working with Michigan and Ohio state universities to study how, depending on the point where it breaks, a rib might pierce an organ. They are aIso investigating what trauma organs suffer under rapid deceleration.

“There will always be physical testing but the science is advancing fast so that one day you could replace physical with virtual testing,” said Davis.