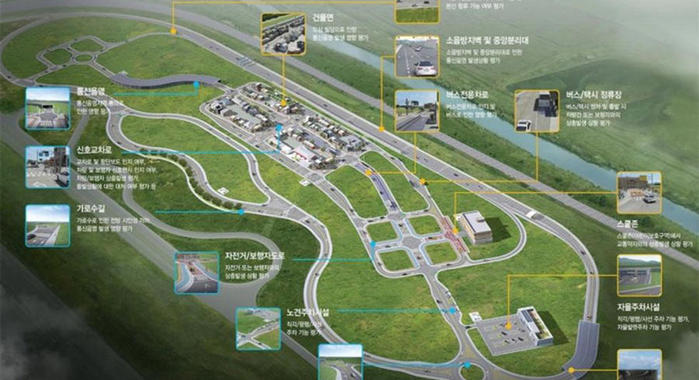 South Korea has revealed that the country will be setting up a new testing city for autonomous vehicles which will become operational by October and will cover an area that is as large as 50 football fields. Leading manufacturers like Kia, Samsung and Hyundai are slated to test their cars at this facility. The government is currently working on the mock city which will cover 3.9 million square feet and is claimed to be the largest such testing area in the world. The South Korean government does permit the testing of self-driving cars on public roads, but the city will permit more extensive tests and will open in October.

According to Business Korea, such a city will allow repeated similar tests, so that manufacturers can cover all the potential situations that autonomous vehicles could encounter.

Kia and Hyundai are already reported to be interested in using the facilities available in the city. Technology companies like Samsung and other electronics companies based in Korea are also interested in testing their autonomous systems and technologies in the new city. Companies would not need a permit to carry out tests in the city.

Named the K-City, the facility will be opened in a staggered manner. First, the motorways around the city will open in October. Then, the rest of the city, including bus-only lanes, congested urban areas and areas that are dedicated to autonomous parking systems, will be opened in 2018.

The Korean government has reportedly spent 11 billion Yuan (GBP 7.5 billion) on the facility, and it is quite likely that when the facility is completed the amount that is spent will well exceed this figure.