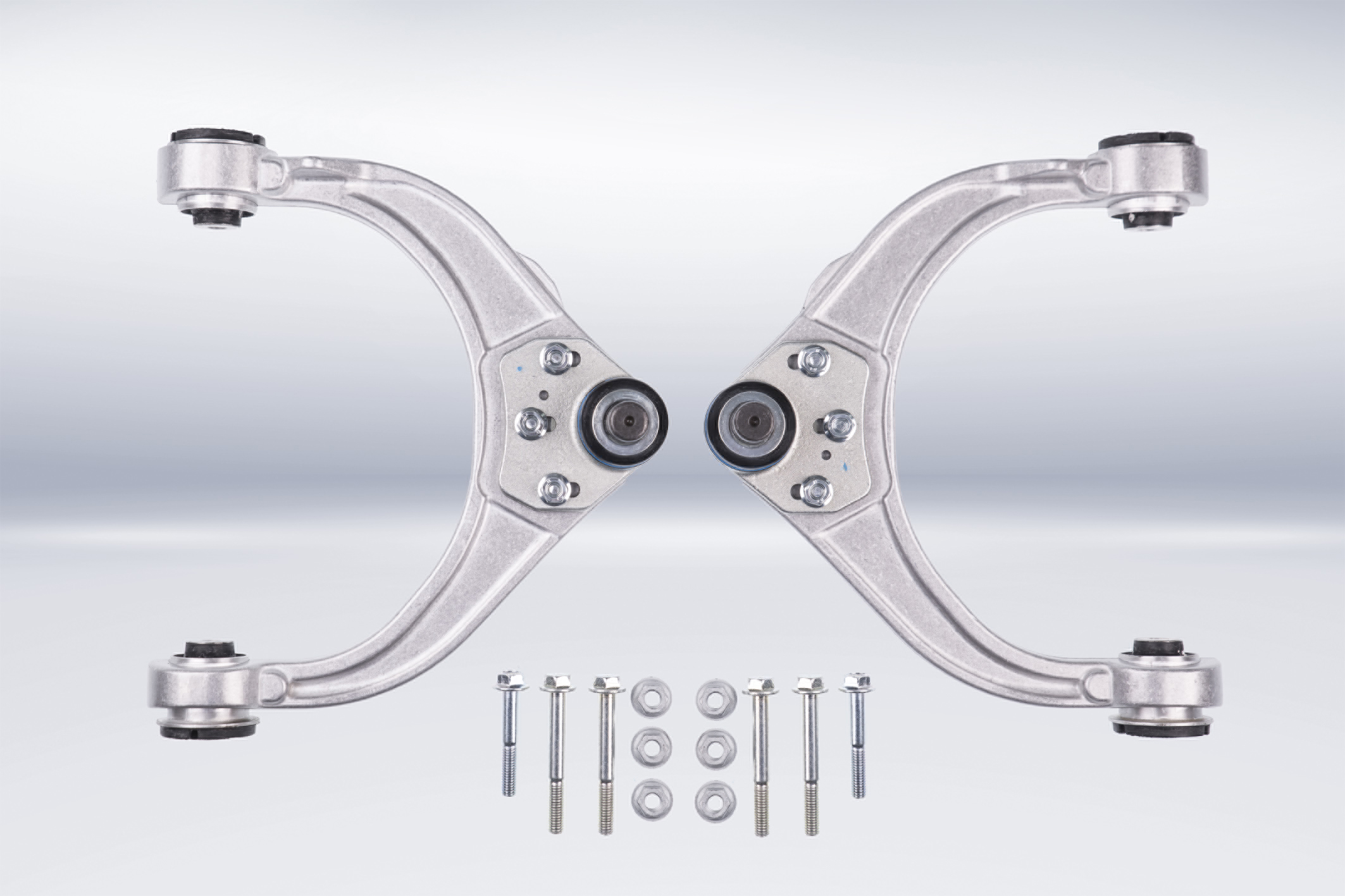 MEYLE AG has developed a special MEYLE-HD component that can be used for all BMW X5 and X6 Series from the 2007 manufacturing year onwards. This innovative MEYLE-HD control arm has  a continuously variable guiding suspension ball joint with clear position marking. The joint allows for easy camber correction and eliminates the need for wheel alignment measurement prior to installing the MEYLE-HD control arm. Repair professionals can thus save significantly when it comes to time and cost and also benefit from a four-year product guarantee which comes with all MEYLE-HD parts.

The MEYLE-HD control arm has been specifically engineered to replace three different OE control arm variants that are used on BMW X5 and X6 Series models built from 2007. This can go a long way towards making what is reputed to be a notoriously difficult procedure a routine task. Thanks to its clear marking and continuously variable guiding suspension ball joint, the MEYLE-HD control arm can be used for three different wheel camber settings. This makes it a good replacement for all three OE control arm versions.

The ball joint and the reinforced bushings which are the components of the control arm and are notable for their genuine MEYLE-HD quality are also available separately. The ball joint has a highly resistant anti-corrosion coating and the socket is made from extremely abrasion-resistant plastic material. Both these factors will make it possible for the MEYLE HD control arm to last significantly longer.

Repair professionals can find a video tutorial that will guide them regarding the installation procedure for the control arm, from mounting the control arm in zero position to setting it to positive or negative following axle alignment on the company’s “MEYLE TV” channel. This MEYLE solution offers tremendous time saving potential during both installation and ordering, as one universally engineered part fits several different vehicle applications.  The new MEYLE-HD control arm to fit BMW X5 and X6 Series models from YOM 2007 onwards can be ordered under the MEYLE part numbers 316 050 0034/HD (LH) and 316 050 0033/HD (RH). The MEYLE-HD ball joint can be ordered separately under the MEYLE reference 316 010 0019/HD; the reinforced and separately replaceable bushings can be ordered under the MEYLE reference 314 610 0017/HD.