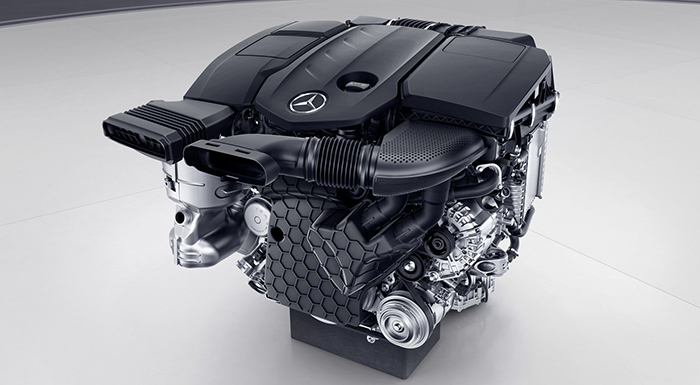 German automaker Mercedes-Benz claims it is the first-ever company to put diesel vehicles on the market that already meet the European Union’s more stringent emission limits slated to come into force in September next year.

This has been attained through an ‘integrated technology approach’, which consists of new stepped combustion chambers and further developed exhaust-gas recirculation. The new engine design also enables all components for exhaust-gas recirculation to be directly positioned on the engine, instead of under the car floor. Mercedes claims that this greatly improves the system’s overall effectiveness – significantly independent of ambient temperatures and driving style.

The market debut of the newly developed four-cylinder diesel engine OM 654 is in the all-new E-Class.

The powerful four-cylinder engine is the first member of a modular engine family that will be applied throughout the portfolios of Mercedes-Benz Cars and Mercedes-Benz Vans. Multiple levels of power output are planned, as well as transverse and longitudinal installation in vehicles with front-, rear-, and all-wheel drive. This way, the automaker will equip its full range of diesel cars in Europe with this newest engine generation, including SCR technology by 2019 at the latest.

In addition, Mercedes claims that the new family of diesel engines has the advantage of low nitrogen-oxide (NOx) emissions, confirmed by DEKRA, a German vehicle inspection company.

As part of an investment program in engine technologies amounting to EUR3bn, Mercedes also revealed that it maps out the large-scale introduction of particulate filters for gasoline engines. After over two years of positive field tests with the Mercedes-Benz S 500, extra versions of the S-Class with gasoline engines are to be fitted with this new technology with the next model upgrade. That will be followed by slow implementation in further new models, new engine generations and model upgrades. The company also said that after that, particulate filters will arrive in the current model ranges.