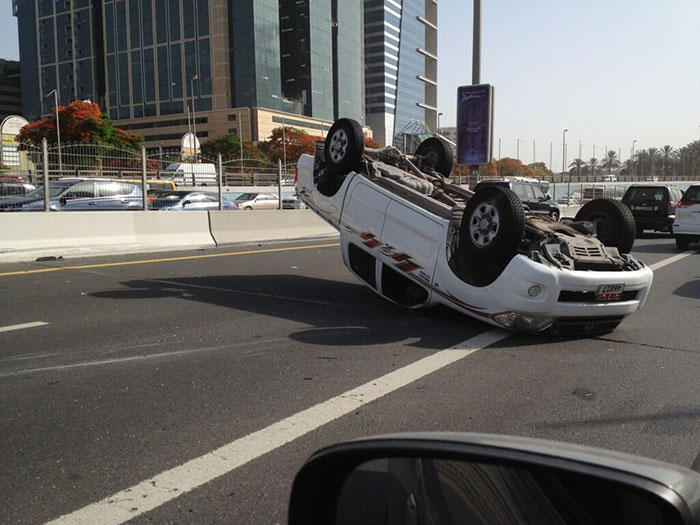 What Makes the Roads More Dangerous During Ramadan?

The Holy month of Ramadan has begun. Unfortunately the mad dash to iftar takes a heavy toll during this season during which people are expected to foster the virtues of patience and charity. While fasting does have an impact on physical health, the recklessness of the drivers racing with each other to their dinner table is prompted more by psychological urges than due to actual physical hunger. In their rush to break their fast on the dot, they make rash decisions that can affect not only their lives, but those of others on the road. Their acrobatics on the road can well be avoided with a little careful planning. Driving fast, tailgating and swerving unexpectedly leading to accidents and even fatalities is not in keeping with the spirit of Ramadan at all.

At the end of the day, it all boils down to the fact that the accidents are mostly caused by drivers who are highly reckless and use Ramadan as an excuse. A little advance planning and careful scheduling which might possibly take all of ten minutes each day is all that might be needed to avoid this seasonal carnage on the roads. After all, it is not the end of the world if you are late for iftar by five or ten minutes.

Many accidents are the outcome of human error and as fasting from dawn to dusk impairs cognitive functioning to some extent, it does have a direct effect on driving ability. Errant mealtimes and lack of sleep due to rising early for prayers and suhoor and staying up late at iftar gatherings leads to low levels of blood sugar and dehydration. This results in irritability, impatience, headaches and drowsiness. In relation to driving, these factors slow down reaction times and affect the spatial ability of drivers.

Many automotive companies and public organizations like Emirates Transport, the RTA and RoadSafetyUAE are conducting campaigns this year to enhance public awareness about the need to exercise restraint and extreme caution behind the wheel during the pre-iftar rush. RoadSafetyUAE came up with a set of guidelines to help motorists remain safe on the road.

Motorists are advised to pull over and take a nap if they are drowsy and allowing plenty of time to reach their destination so that they do not run late. Using public transport and taxis can also be a good alternative if lack of concentration is an issue.

Non-Muslim drivers too should make allowances for those who might be fasting and are on the road as they will be a bit slower to react. Signals should be approached slowly, even when the light is green as many accidents occur when people speed to catch the signal before it turns from green to amber and then red.

With greater levels of public awareness and more restraint among drivers, let us hope that the 2016 Ramadan season will see fewer accidents on the roads.