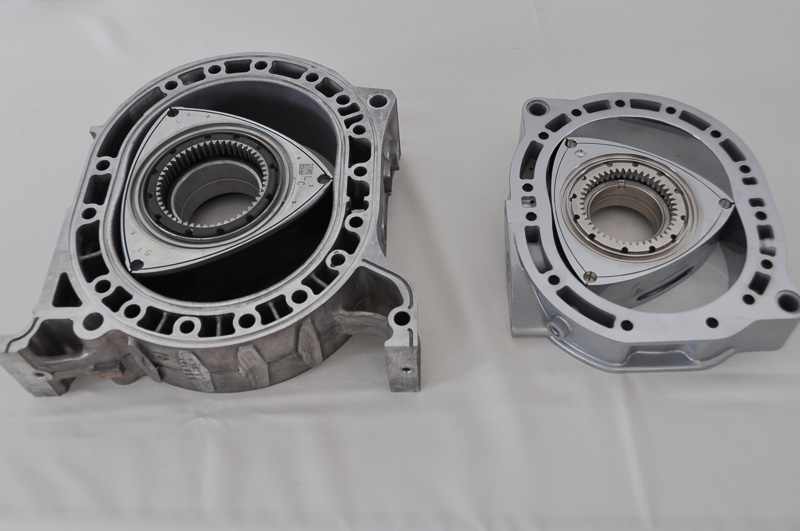 Mazda Planning to Use Rotary Engine as Range Extender

Mazda had made it clear during the recent Tokyo Motor Show that it was planning on reviving the rotary engine. Though customers might be hoping that the rotary engine would be making its comeback in a nifty new sports car, based on an interview that the Japanese automotive manufacturer’s global powertrain chief gave to Automotive News, it is more likely that it would be used as a range extender in an electric vehicle, to extend the range that would be provided by the vehicle’s electric batteries.

A rotary engine would be an ideal candidate to work as a range extender thanks to its small size and minimal vibration. Thus, placement is not an issue. It could be placed anywhere without having a significant impact when it comes to space for passengers and cargo. It would also make minimal contribution to the noise.
Mazda has not totally spurned the notion of using a larger rotary engine in a sports car. It does however already have a sports car, the MX-5 Miata that is doing quite well and sports cars do not add much to the bottomline.

While conventional engines have cylinders that move vertically up and down along a crankshaft, a rotary engine has a triangular rotor that rotates through all four stages of internal combustion — intake, compression, ignition and exhaust. They have the benefit of being compact and light, but offer low torque and do not perform well when it comes to fuel economy. It remains to be seen how Mazda’s new take on the rotary engine will pan out.