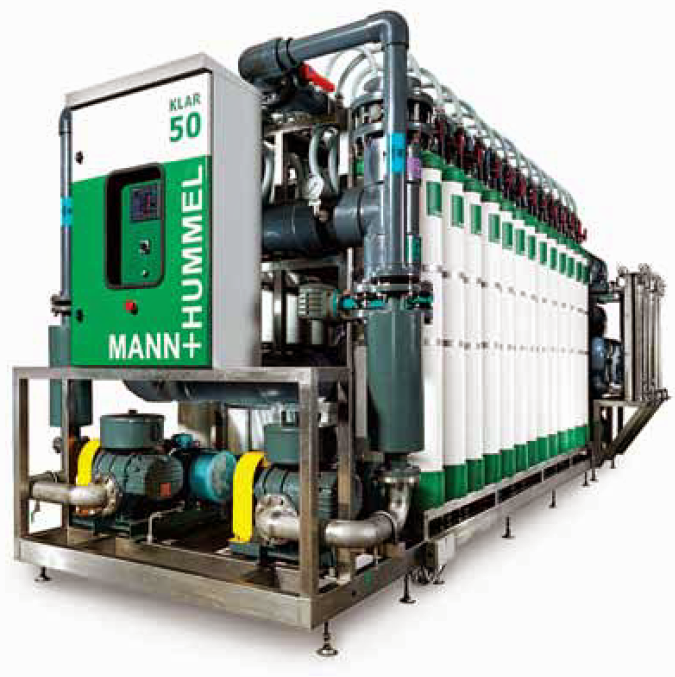 MANN+HUMMEL has opened a new global Internet of Things (IoT) lab facility in Singapore. The lab is expected to play a crucial role in the company’s research and development effort by developing smart technologies for the filtration segment. MANN+HUMMEL Group is one of the market leaders at the global level for filtration solutions and serves as a development partner and OE supplier for many automotive companies. The new lab will be one of the few such industrial IoT labs in Asia that will specialize in research and development focusing on making innovative automotive, industrial and commercial air filters.

Speaking at the opening of the lab, Thomas Fischer, Chairman of the Supervisory Board at MANN+HUMMEL said that the lab in Singapore will serve as the company’s new Global Center of Competence for IoT solutions. MANN+HUMMEL will utilize its expertise in the filtration industry to come up with optimized smart solutions having advanced sensors and predictive capabilities that will cater to the needs of its vast customer base.

Norms regarding air and water pollution have become increasingly strict, especially in Asia where this has become a highly volatile issue and MANN +HUMMEL’s decision to invest heavily in an industrial lab that will concentrate on development of advanced cleantech technologies has been made at the right time.

Fischer added that setting up such a lab in Asia, especially in Singapore will expedite the development and adoption of innovative new technologies.

Yeoh Keat Chuan, Managing Director of the Singapore Economic Development Board said that Singapore is investing heavily in building up Industrial Internet-of-Things capabilities as part of its drive to increase manufacturing. MANN+HUMMEL’s move to set up its Global Industrial IoT lab in Singapore aligns well with Singapore objective of becoming the world’s first Smart Nation.

Smart air filtration systems can use IoT capabilities to automatically sense and adjust the level of filtration depending on pollution levels. Thus, these filtration systems can optimize performance by using less energy without any compromise in performance and comfort. MANN+HUMMEL is also one of the world’s leading manufacturers of cabin filters for automobiles and incorporating smart technology in car filters can have a significant positive impact on the health of the millions of drivers around the world.

Nicolas Payen, Director of the IoT lab said that the lab will build a business model in which the needs of the customer come first and then opt for the relevant IoT concepts that will prove to be useful to the end users. An experienced and highly educated team comprising data scientists, system, hardware, firmware and software engineers will be hired to run the lab. Currently, the team at the lab is simultaneously working on as many as ten innovation projects with another 30 in the pipeline. MANN+HUMMEL is also open to working with startups and established technology providers in order to develop effective solutions for customers. Pyan added that Singapore is the ideal location for the lab as the city state has a lot to offer when it comes to accessing the best of digital technology, thus helping the company to achieve an impressive level of productivity.

In line with Industry 4.0, MANN+HUMMEL aims to improve the productivity of their manufacturing operations by utilizing digital technologies that are more agile and more connected.