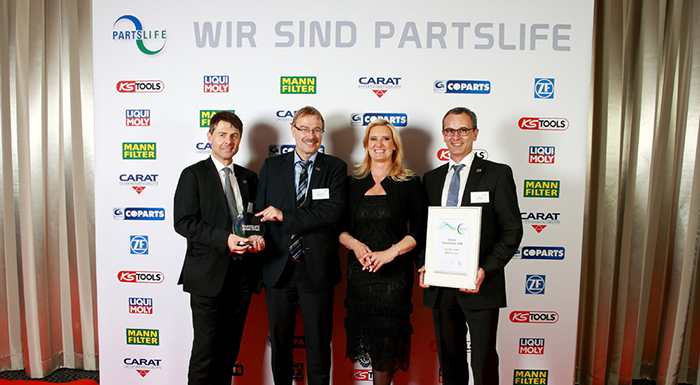 Partslife, which combines manufacturers and commerce that help workshops with waste disposal, has awarded the company for its new oil factory pigging technique. During the production of motor, transmission and other oils, all the pipes have to be cleaned before another oil can be bottled. LIQUI MOLY environmental manager, Jörg Paul explained that their new pigging technique has greatly reduced the amount of flushing oil they need to use and the amount of time it takes.

A pig is a cleaning device that is pushed through the pipes under pressure, clearing out any remaining oil.

Paul continued that previously, they needed between 100 kg and 350 kg of flushing oil for each flushing process. With this new technique, they now only need 30 kg. The annual quantities of flushing oil is said to fall by around 1,500 tons to a tenth of previous levels, and the environment benefits from this reduced consumption of raw materials. He concluded that the award recognizes their commitment to safeguarding the environment to the best of their ability.

The advanced pigging technique is part of a 20 million euro modernization program that LIQUI MOLY is in the process of implementing across both its locations. The company also bagged the Partslife environmental prize in 2014, for its new exhaust system in additive production.