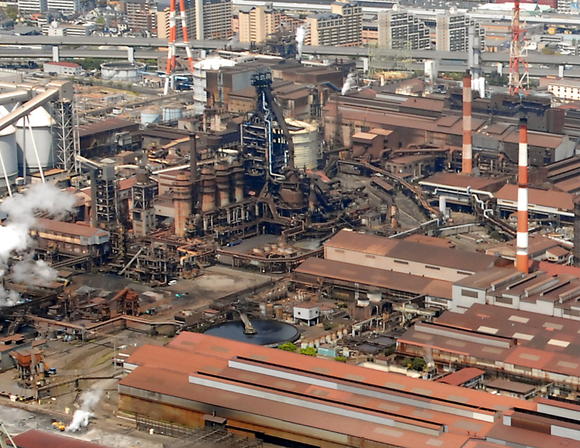 Automakers are exploring all possible avenues to reduce the weight of vehicles and make the components stronger. This is why Kobe Steel has ventured into the process of hot-stamping steel in a bid to cater to growing demand from the auto industry. Kobe Steel is offering this variant of steel as an alternative to high-tensile steel, aluminum and carbon fiber to automakers who are seeking to reduce the weight of vehicles.

Many automakers use high-tensile steel as part of their drive to reduce weight and conform to increasingly stringent fuel efficiency criteria. When it comes to tensile strength, however, high-tensile steel measures 1,180 megapascals at best. Kobe Steel executives feel that hot-stamped steel parts can provide similar strength at roughly 10% less weight.

Kobe Steel went ahead with its decision to produce and market hot-stamping steel because parts can now increase their production four fold due to the steel variant’s unique composition. Though productivity of high-tensile steel is higher, the gap in the cost of production between the two variants has narrowed and hot stamping looks like an increasingly viable option.

Earlier, Nippon Steel & Sumitomo Metal was the only Japanese manufacturer to engage in the production of hot-stamping steel. Now, Kobe Steel has also entered this segment with the aim of increasing its annual hot-stamping steel production capacity at its Yawata factory in Kitakyushu by about 20 per cent to around 300,000 tons by December 2017.

Many European automakers have used Kobe Steel’s aluminum-plated hot-stamping steel at their Chinese production bases. Eventually, the company is expecting Japanese carmakers to also start using the material. Nippon Steel will continue to focus on high-tensile products when it comes to developing lighter steel, but it has decided to boost its hot-stamping steel output capacity to meet demand from customers.

The demand for hot-stamping steel in Japan is expected to increase further in the near future. Gestamp Automocion, the world’s leading pressed parts manufacturer based in Spain, is in the initial stages of setting up a plant in Matsusaka, Mie Prefecture, to produce hot-stamped parts. The plant is expected to be operational by early 2018. The company has factories spread across close to 100 locations across the world, but this will be its first production facility in Japan. The factory, once it is operational is expected to supply parts, including hot-stamped varieties, to Toyota and other Japanese car manufacturers.