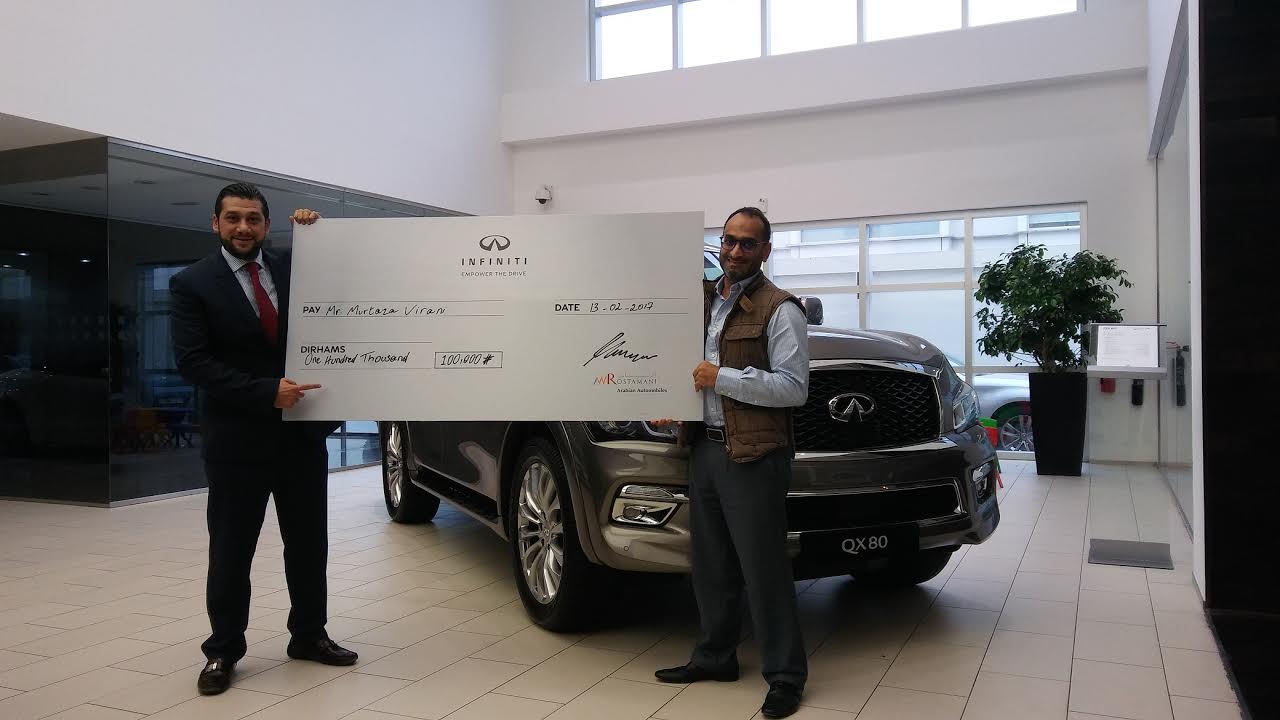 Arabian Automobiles Company, the flagship automotive division of AW Rostamani Group and the sole dealer for INFINITI in Dubai, Sharjah and the Northern Emirates, has announced the winners of AED 50,000 and AED 100,000 gift vouchers that it was giving away as prizes for its DSF 2017 campaign.

Throughout the DSF 2017 periods, customers were eligible to participate in INFINITI’s ‘20% On Us’ campaign, as part of which they benefited from complementary insurance, complementary servicing, five years of unlimited mileage warranty, and guaranteed rewards amounting to over AED 1,000,000 in the form of ‘Scratch & Win’ vouchers. In the case of vehicles that were given in for service, customers received a complementary INFINITI courtesy car until the servicing was completed.

Murtaza Virani, who won AED 100,000 as part of the promotion and had purchased an Infiniti QX80, said that he was extremely honored to win the prize. This has helped him make significant savings on his new INFINITI. He also got a brand-new car as well as peace of mind.

Nassim Abed,who won AED 50,000  and had purchased an Infiniti Q30 in the New Year had never expected to receive the prize. Winning AED 50,000 has made him feel extremely lucky and he felt it was worth his while to participate in the DSF promotion.

Mr. Virani and Mr. Abed were joined by another winner who also received a prize worth AED 50,000 as part of the festive offers. Arabian Automobiles Company has had a longstanding relationship with Dubai Festivals & Retail Establishment and Dubai Shopping Festival ever since the DSF was launched in 1996. The organizations have worked hand in hand to create memorable moments and reward shoppers with unique surprises all of which have helped to make Dubai what it is – a truly great shopping destination for both visitors and residents.