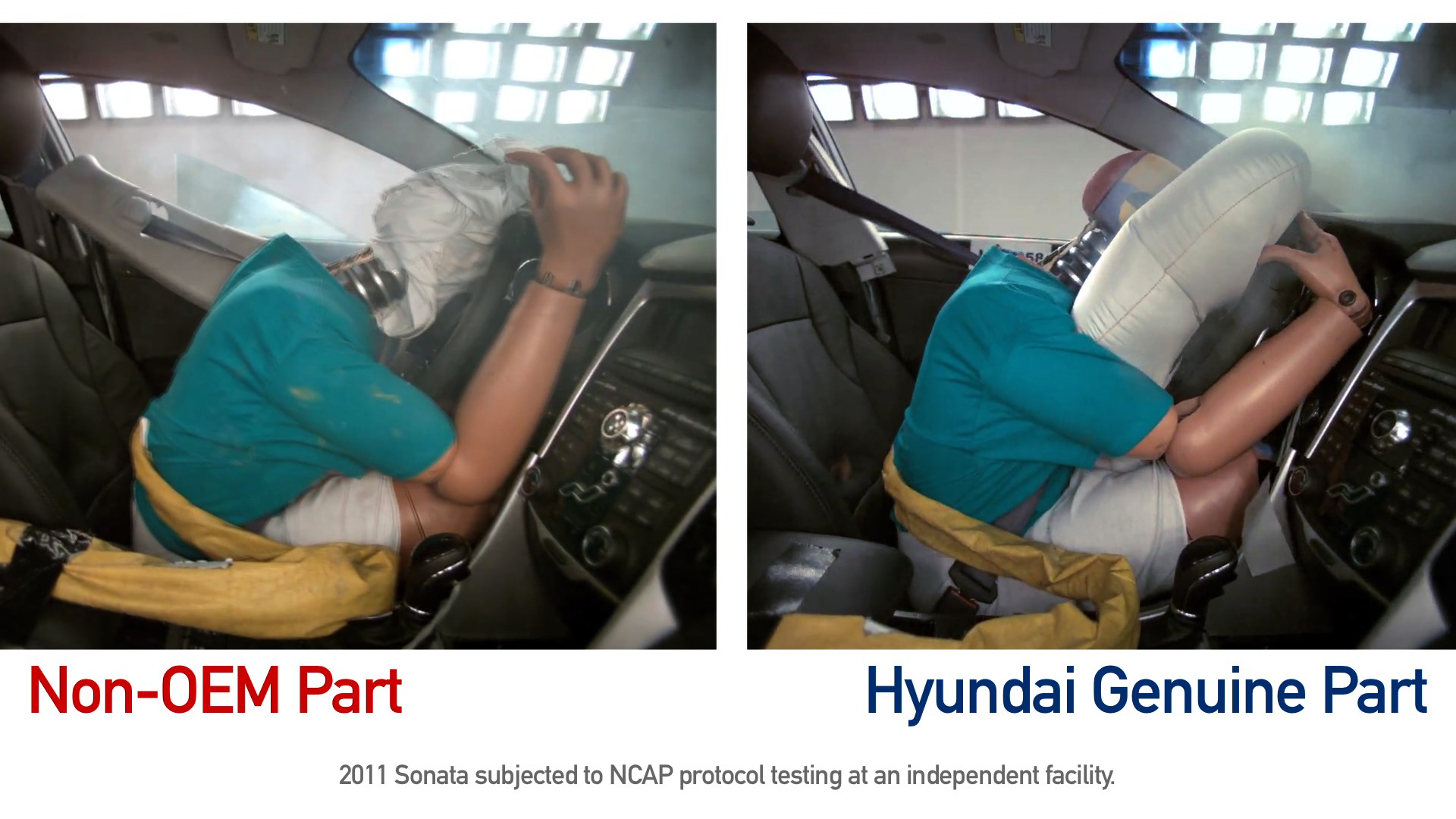 Hyundai has created and launched a new video named “Good to Know-Counterfeit Parts” on its YouTube channel and Hyundai’s Consumer Awareness site urging customers to use only OEM parts. In the video, two airbags, both of which sport the Hyundai logo are evaluated by a man named Scott and viewers are told that if the airbag does not meet safety requirements, passengers risk injury or even death. When a crash test of the 2011 Hyundai Sonata is carried out, the fake airbag fails and the narrator warns that when they take their vehicles in for repairs, they may not always get genuine parts, though the fake parts may look identical to the genuine parts.

Hyundai said in a press release that based on the cost factor, many motorists may not get OE replacement parts after they go through an accident and may source gray parts or counterfeit parts from independent garages.

This will include recycled components from vehicles that have been damaged in accidents and copies of original parts. They are not suitable for long-term use and may pose a risk to the safety of motorists and their passengers. They also affect the resale value of the vehicle and its appearance.

Through the campaign, Hyundai urges the public to use only OEM parts when it comes to vehicle repairs as they are manufactured in accordance with stringent safety and engineering specifications.

This video is part of a campaign that Hyundai had begun earlier with another video against use of recycled and remanufactured components. The earlier film was titled “Don’t gamble with counterfeit parts”.