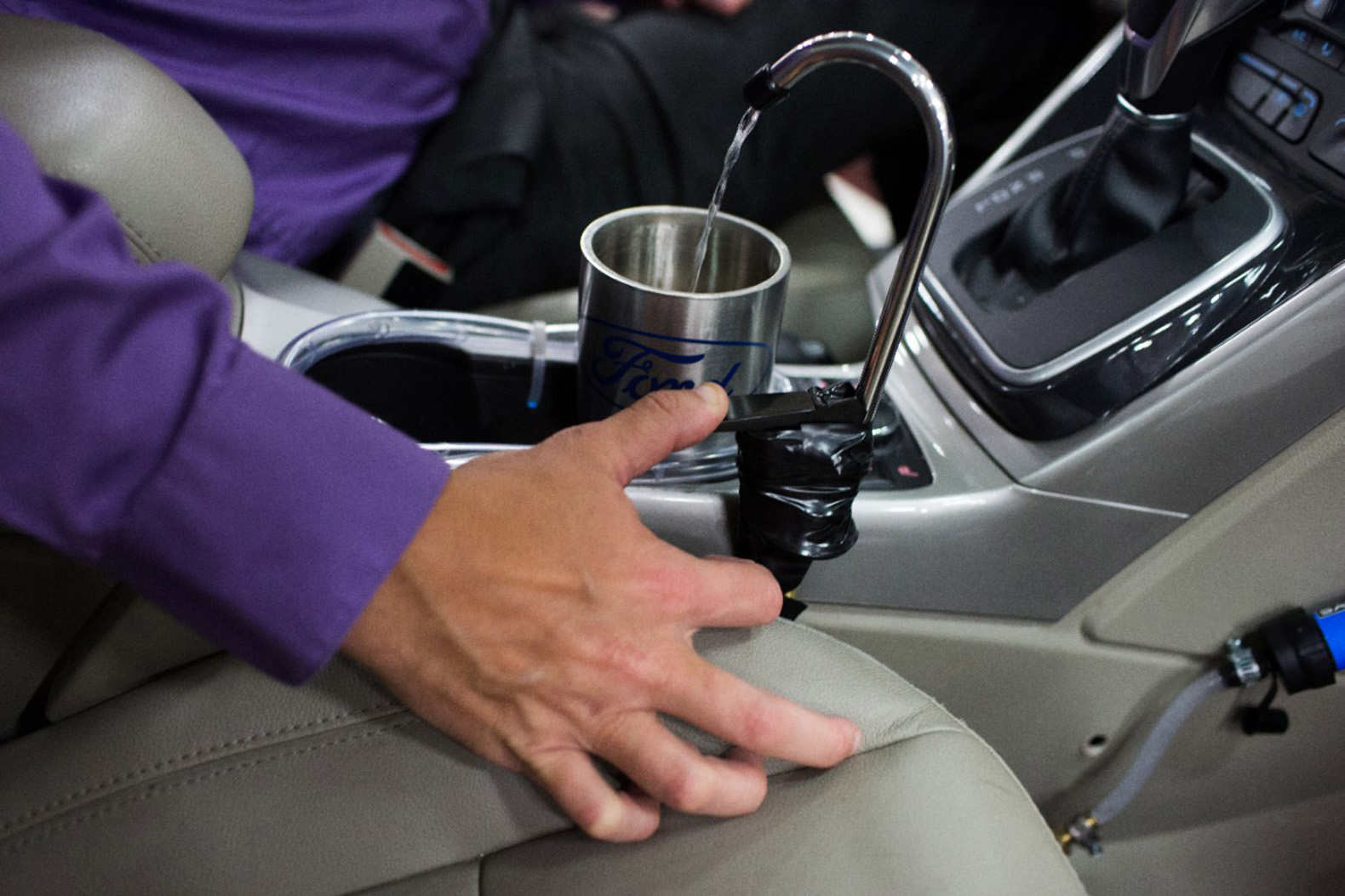 The automotive industry is not exactly known for being environment friendly though companies are making progress almost on a daily basis about making the sector more sustainable. Ford has now developed a new system that collects condensation from the AC unit in its vehicles and provides the reclaimed water to the drivers through a tap on the dashboard. According to the company, the water is safe to drink. Developed by Ford engineers, Doug Martin and John Rollinger, the system captures the condensate from the cold A/C lines, which would otherwise just drip on to the roads and passes it through a 0.1 micron filter to remove any organic or particulate contaminants. The water is then pumped to a small tap on the center console.

Martin, who is a powertrain controls engineer at Ford was inspired to develop the system by billboards he saw in Peru that collected moisture from the atmosphere. Called On-The-Go-H2O, the system can reclaim as much as two liters in an hour. This can fill almost four bottles. It is still in the prototyping stage but this feature will certainly be handy for those long desert trips you might want to take. You will not need to worry about running out of water as long as your car’s engine is running. The system could also be possibly used to purify water obtained from other sources to ensure it is safe for drinking.

While it might still take a few years for On-the-Go-H2O to reach production stage, it will be definitely mean one step forward  in the drive to make vehicles more environment friendly.