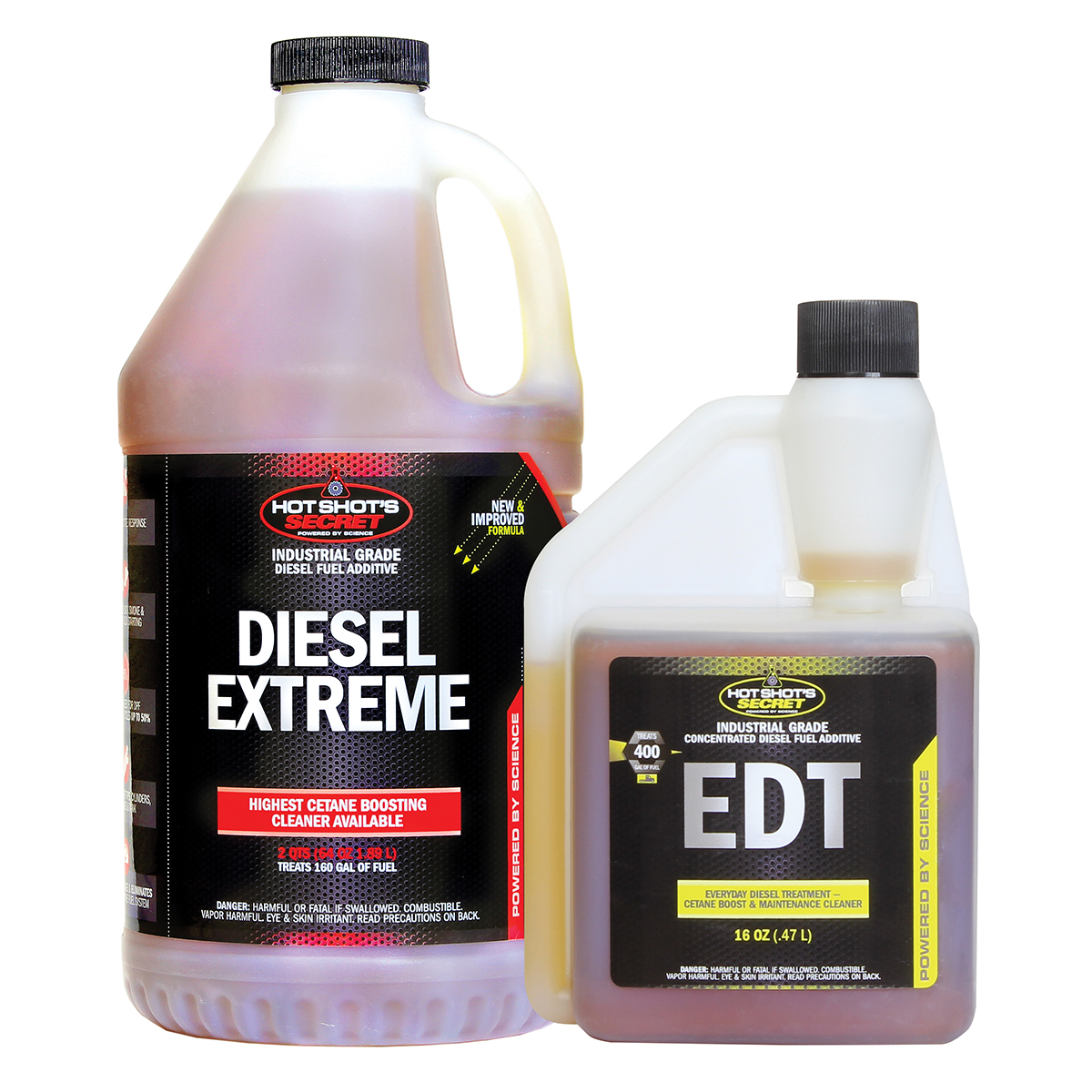 Lubrication Specialties Inc., the manufacturer of Hot Shot’s Secret fuel and oil additives has announced the launch of a new two-step fuel additive treatment plan that can be used for all type of diesel engines including light, medium and heavy duty engines.

Called Secret Diesel Extreme the new Hot Shot product is positioned as a top-tier lubricity additive, moisture dispersant and fuel stabilizer that can help diesel engines to restore their original power and performance, especially in the case of engines that have faced long-term or extreme use. As the first part of the two step treatment plan, Diesel Extreme is to be used with a treatment ratio of four ounces to every 10 gallons every six months, or 6,000 miles. This is a concentrated cleaner that cleans the fuel tank, fuel lines and injectors and has the capability to remove Internal Diesel Injector Deposits (IDIDs), including waxy and polymeric deposits. It can also boost the cetane number, neutralize acid, remove moisture, and add lubrication to the fuel pump and injectors. Using this product can boost fuel economy to the tune of 5 per cent during a steady state 55 mph test, restore throttle response, eliminate smoke, improve fuel mileage and improve cold starting.

The second step of the treatment plan is to add Hot Shot’s Secret Everyday Diesel Treatment (EDT) fuel additive each time the tank is refilled. This product is a highly concentrated cetane improver, that can boost cetane by up to 7 points.  It has been specially formulated to increase fuel economy and improve performance. EDT converts ordinary diesel fuel into a premium fuel that can speed up the oxidative process during combustion for more power and fuel mileage. When used as a daily treatment, it maintains clean injectors, prevents rust, corrosion, gum and sludge formation. It also neutralizes acid, disperses moisture, and adds lubricity on a daily basis. Some of the major causes of rust is condensed water in fuels, icing in cold weather and the growth of microorganisms in warm weather. When the growth of bacteria is curbed, diesel engines become more efficient. EDT contains an exclusive polar lubricity additive to prevent wear without altering fuel viscosity. Recommended use is one ounce per 25 gallons of diesel fuel.

When done together, this two-step fuel additive treatment ensures that drivers get the maximum engine protection and potential fuel mileage from diesel fuel in their vehicles.