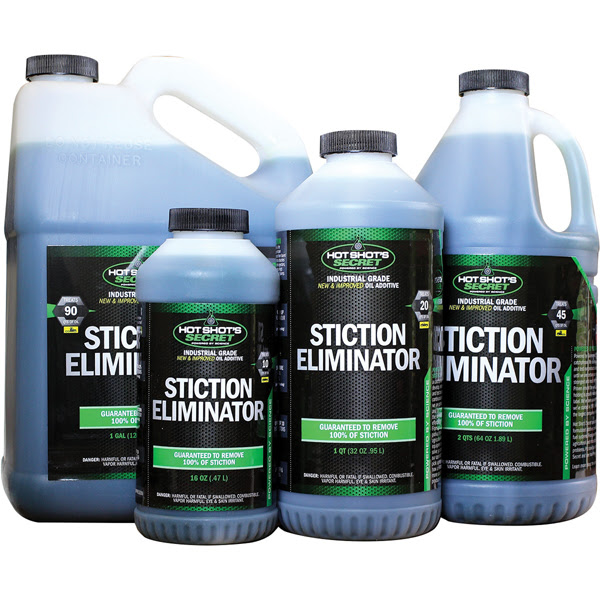 Hot Shot has reformulated its Secret Stiction Eliminator so that it can be used to remove almost all the stiction from any petrol or diesel engine. The company had first launched the product in 2004 for dealing with malfunctioning and clogging of HEUI injectors for the 6.0 L Ford Power Stroke. The new formulation is capable of almost completely clearing stiction from any gas or diesel engine – whether it is Power Stroke, Duramax, Audi, Volkswagen, GM, Cummins, Ford, Chrysler or Caterpillar.

“Stiction” refers to the gummy, sticky residue of caked-on oil varnish build up that is normally seen on  diesel injectors, bearings, turbos and engine components. Buildup of stiction can cause rough idling, black smoke, hard starts, failed injectors and turbos. It can also lead to a drop in fuel efficiency and power output. At higher pressures and higher temperatures, oil can burn and this results in the formation of stiction on engine components affected by the oil system. The new formulation of Hot Shot’s Secret  Stiction Eliminator can be used to thoroughly clean and lubricate the entire oil system from the turbo, bearings, injectors, rings and oil pump.

The product is available in four sizes: 16 oz., 1 quart, 2 quart and 1 gallon sizes. It is recommended to add 2 oz. per 1 quart of oil for the initial cleanup, and then 1 oz. per quart of oil as maintenance every third oil change.