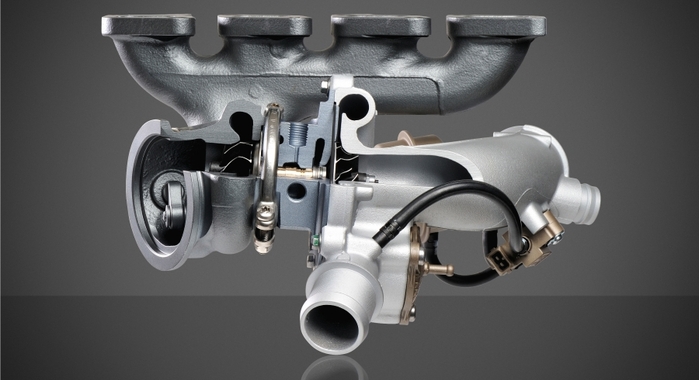 Honeywell has announced that it would be rebranding its Transportation Systems business as ‘Garrett – Advancing Motion’ after it successfully completes the spinoff of the unit from its parent company before the end of the third quarter of this year.

The Garrett name is derived from the period in which the division was initially set up in the 1950s with a team led by entrepreneur and engineer Cliff Garrett to develop a turbocharger for a Caterpillar D9 crawler tractor that was launched in 1954. This marked the beginning of an era in which the company made transportation systems technologies and innovations for nearly every major global auto maker. Currently, as many as 100 million vehicles uses Honeywell products and the company launches as many as 100 new applications every year spanning, gas, diesel, natural gas, electric and fuel cell powertrains.

Honeywell Transportation Systems has already been using the Garrett name. Its range of aftermarket replacement and performance upgrade turbochargers for petrol and diesel passenger and commercial vehicles is called Garett.

By naming the new company Garrett, Honeywell is acknowledging its long history of innovation. It is also adding the tag line ‘Advancing Motion’ to denote its focus on the future and the broader portfolio of differentiated products and services that the Transportation Systems company would offer to its global customers.

The new company, Garett is well positioned to be a global leader in turbocharger technologies and will offer best-in-class engineering capabilities for a wide range of engine types across automobile, truck and other vehicle markets. It has already established a track record as an industry leader with a reputation for providing innovative solutions to help automotive manufacturers to develop electrified powertrains with its eBoosting solutions. Connected vehicles use Honeywell’s software for safe and secure performance. Garett Motion will build on this reputation.

Commenting on the new name, Transportation Systems President and CEO Olivier Rabiller said that there is a strong emotional attachment to the Garrett name, as it has signified pioneering turbo technology for over 60 years and has had considerable impact on the driving habits of millions of vehicle owners as well as the history of automotive engine performance.

Rabiller added, “Moving forward, the Garrett name will continue to be synonymous with turbocharging technologies and also support the tangible progress and investments we have made in electric products, software and connected vehicles, and the future growth we see reshaping our industry.

He went on to express his belief that the next generation of vehicles will require a complementary mix of high-performance technologies in order to meet more stringent global environmental standards and demands for safer and more reliable electrified powertrains and connected cars. Honeywell visualizes Garett Advancing Motion’s role as an enabler for redefining and advancing how technology will move people and goods. It will effectively combine both the company’s traditional expertise in the automotive domain and its ability to apply cross-industry excellence to come up with innovative solutions for problems.