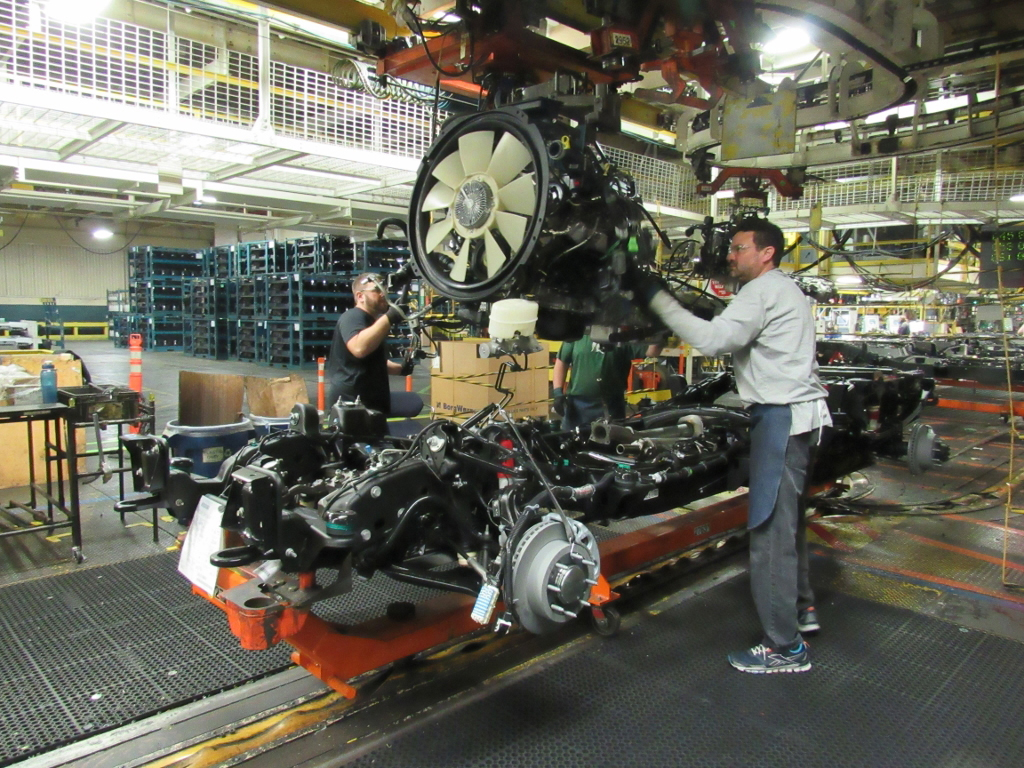 Dmax Ltd.marked a production milestone with the production of its 2 millionth engine. Dmax is a joint venture between General Motors Co and Isuzu Motors. The company has a factory in Moraine, Ohio and the milestone engine came off the production line at this factory.

Currently, the factory makes 6.6-liter V-8 diesel engines which are for the GMC Sierra heavy-duty pickups, Chevrolet Silverado trucks, Navistar commercial trucks and some marine and off-road applications. The engines are powerful engines which can run on B20 bio diesel fuel. They have an output of 445 hp and 910 lb-ft of torque, a figure that is an increase by 19 per cent over the previous Duramax diesel.

General Motors had announced earlier this month that the medium-duty Chevrolet commercial truck that it will be launching shortly will be powered by a Duramax engine and Allison transmission. When it comes to the trucks, General Motors will be cooperating with Navistar International Corporation.

The pant made its first Duramax engine in 2000. While General Motors has a 60 per cent stake in the joint venture, Isuzu holds the balance 40 per cent. Together, the two partners have invested more than USD140 million in the facility in recent years.