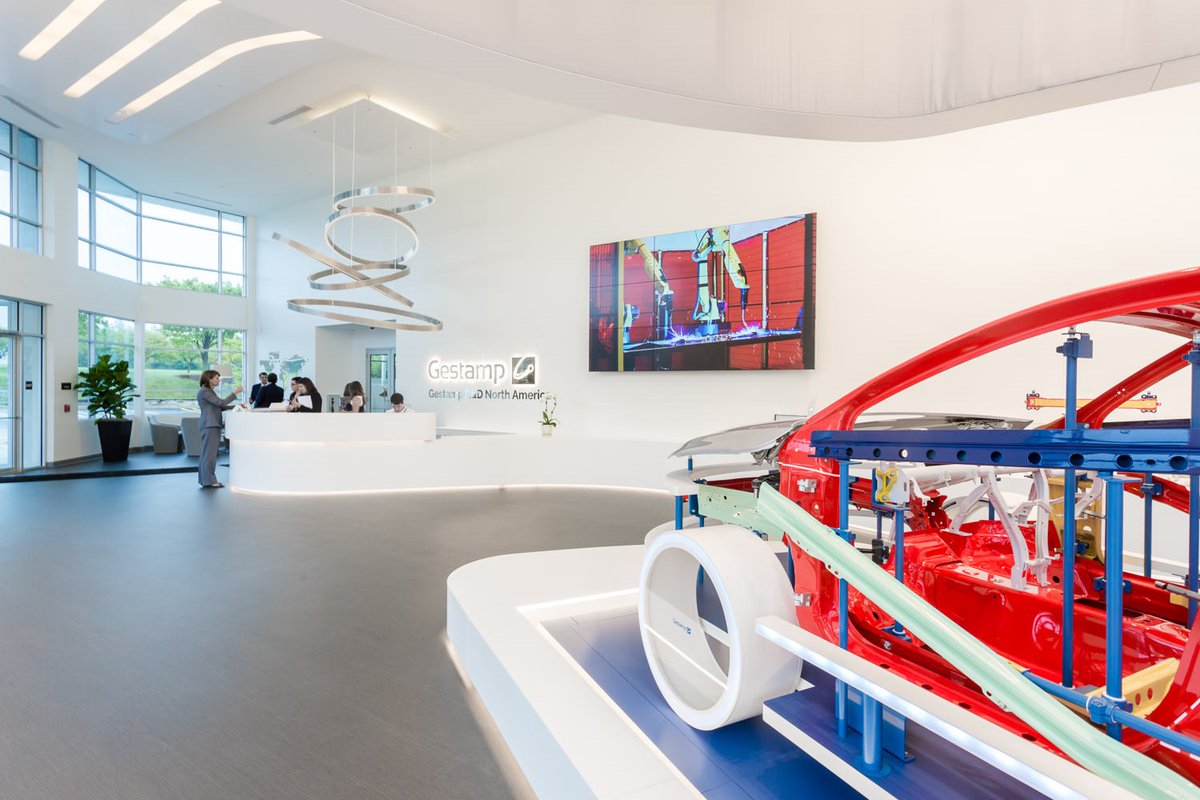 The North American subsidiary of the Spanish company Gestamp Automocion, Gestamp North America Inc., has opened a new R& facility close to Detroit for easy access to the top US automotive manufacturers. Gestamp is a supplier of metal parts and the company already has a manufacturing facility in Michigan, but according to the company’s director of R&D, Paul Belanger, set up the new research facility close to Detroit as the city is considered to home to the best and brightest minds in automotive engineering.

Gestamp had begun renovating the 37,000-square-foot facility in Auburn Hills, Michigan in August 2016. The premises were earlier occupied by Recaro Child Safety Systems. At the new center, the focus will be on research and production of basic materials that can be used to make lighter and safer vehicles, with the development of a lightweight chassis being the main priority. As part of the research, crash and computer simulations will be conducted on-site, as well as metal fatigue testing and prototyping.

As of now, the R& D center has a workforce of 44 engineers and technicians and the company plans to increase this to 64 in the future. Gestamp is also planning to set up two more centers for R&D overseas soon, though the locations have not been disclosed. In the period from 2012 to 2016, Gestamp invested about USD 500 million in U.S. locations.

Gestamp is one of the top 100 global suppliers with worldwide sales of USD 8.51 billion to automakers in 2015.