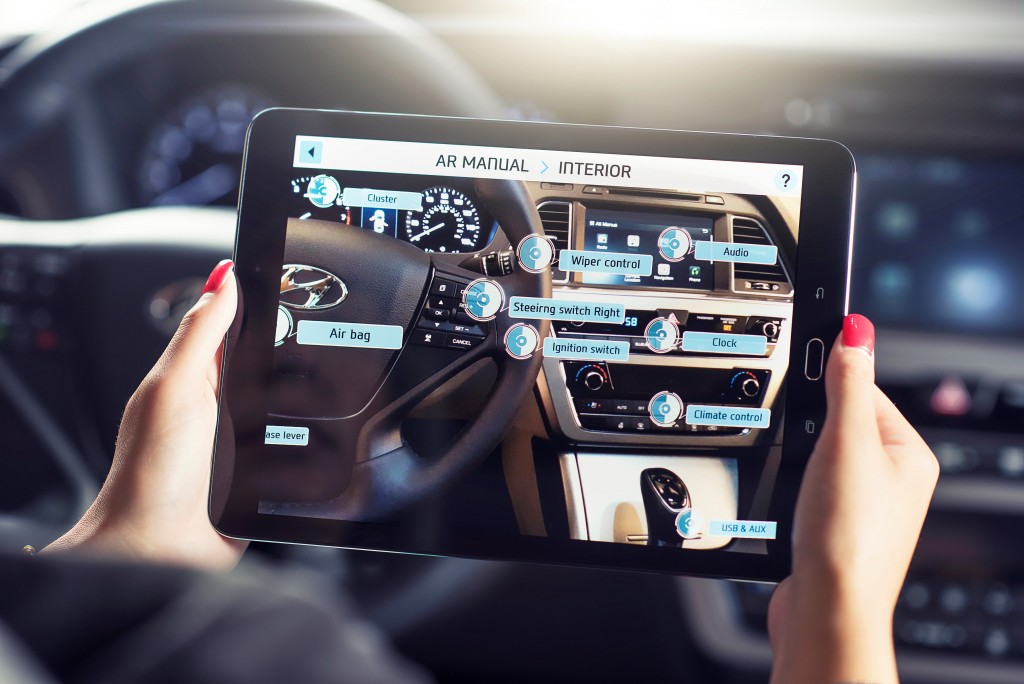 Printed car manuals appear to be outdated now. Genesis has set a new trend by taking user manuals into the future with the launch of its new augmented reality owner’s manual application.

Instead of flipping through a thick manual with information and diagrams that are difficult to understand, those who purchase a new Genesis model like the 2017 Genesis G80 or G90 can use augmented reality to just point their smart phone or smart tablet towards the part of the car that they need more information about. Through the app, they can access 135 how-to videos and 25 3D overlays which are a lot easier to understand. If, for instance, they point their smartphone at the engine, they would be able to get access to the augmented reality maintenance instructions for each part of the engine. Other parts of the car for which AR overlays are available include the instrument cluster, the interior and the exterior.

The manual covers all aspects of handling the car including simple things like setting the clock and understanding the different aspects of the warning lights and the instrument cluster to the engine and the suspension. 2D and 3D trackers work in tandem with the smart device’s camera to help produce the AR and virtual reality images and also to identify the different components like the interior knobs and switches to make understanding easier.

In order to further connect owners with their cars, Genesis had come up with innovations like integration of Amazon Alexa and the Genesis smartwatch app.

Genesis says the AR app will be compatible with 2018 model year vehicles which will be launched later this year.