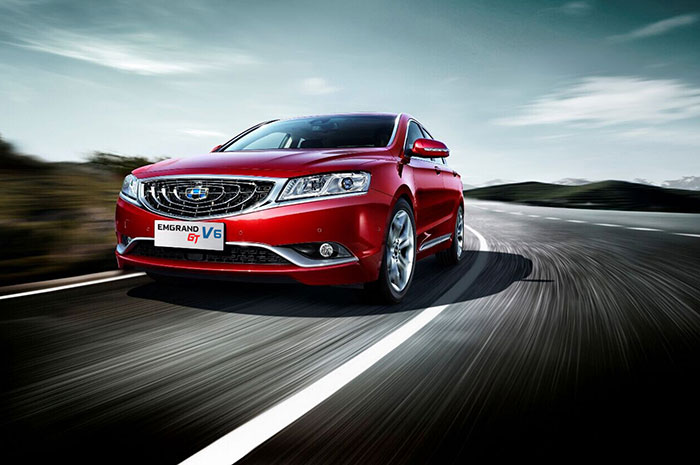 The UAE market is one where the emphasis is on big and powerful vehicles. The bigger the engine and greater the power, the more attention the car gets. This is probably why the Chinese brand, Geely, has launched its new bigger Emgrand GT that has been fitted with one of the company’s most compact but powerful engines – a 3.5 Litre V6. This makes Geely the only Chinese brand in the UAE to boast a model having an engine capacity of this magnitude.

The new 270bhp 3.5Litre V6 engine will join the current Emgrand GT range which also comprises a 2.4Litre 4-cylinder engine variant for the GCC region. In addition to optimizing the power delivery, the aluminum engine also reduces the fuel consumption of the car by five percent.

Geely, which is listed on the Hong Kong Stock Exchange and is a Fortune 500 company, has already made great strides in the UAE automotive market, since it first made its appearance in the market in 2015, under an exclusive dealership arrangement with Union Motors, a pision of UAE-headquartered MAN Investments.

The launch of the V6 engine model highlights Geely’s commitment to the UAE market, though the brand is a relatively new entrant into the GCC market, which is known for its drivers, who are not bothered by by tax penalties and large fuel bills, and hence prefer to own bigger, superior performance engines.

The Chinese car brand, which is based in Hangzhou, set up a special state-of-the-art manufacturing facility in 2014 to produce the latest Geely Emgrand GT. The model which won the “China Car of the Year 2016” award boasts the following features: