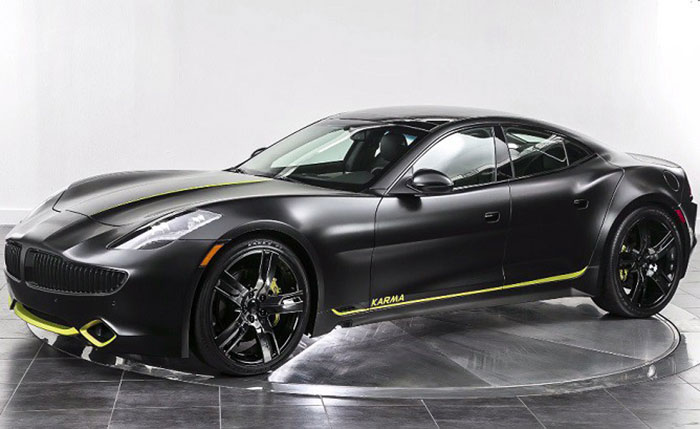 Fisker fans were heartened when the Karma hybrid car looked like it had a second chance. The company was acquired by the Wanxiang Group, the Chinese company that makes A123 batteries and they have now announced that newly renamed Karma Automotive will be marketed through name brand stores.

The company’s new Revero four-door coupe will be sold through high-end franchised dealers and “brand-experience” centers. This dual approach is designed to give the brand maximum visibility. Initially, there will be about 10 franchised dealerships spread across key luxury markets in the United States and Canada. The dealerships will be carefully chosen and will generally be those stores which already sell luxury cars like Rolls-Royce, Porsche and Lamborghini, so that they will already have a distinguished clientele for whom money is not an issue.

The base price for the new Karma Revero will be at least USD 100,000. Hence, the focus will not be on volume but on providing potential customers with a luxury experience that will make them want to purchase the Revero. The stores will also be able to service previous Fisker Karmas, the new Revero and other models that Karma is planning to produce.

Currently, the new Karma factory in Moreno Valley, California is engaged in the design and production of prototypes, and the automaker has not given specific details as to when production will start, other than to say it will begin by the end of the year. Dealers have already begun taking orders for the Revero.