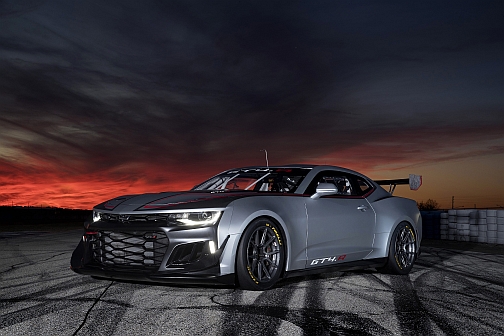 Forgeline Chosen as the official Wheel of Camaro GT4.R Racecar

Forgeline Motorsports is set to make new waves in the world of motorsports. The company’s wheels, GS1R have been chosen as the FIA Homologated wheel for the Chevrolet Camaro GT4.R. The Camaro GT4.R is a competition-ready racecar that is built by Pratt and Miller and conforms to global GT4 standards.

Forgeline’s US made G1SR wheel is exceptionally strong, and has been designed exclusively for racing. Its most distinctive feature is its one-piece forged monoblock construction. It has strength-enhancing I-beamed spokes and is machined from a single forging of 6061-T6 aluminum. The wheel has a 2,100-pound street tire load rating.

Speaking about the homologation, David Schardt, president, Forgeline Motorsports said that it was an honor for Forgeline Motorsports to be selected as a supplier to the exciting Camaro GT4.R program. He added, “With two decades of racing experience under our belt, Forgeline has a proven record and understands what it takes to design and build a strong, lightweight wheel for the rigors of the racetrack.”