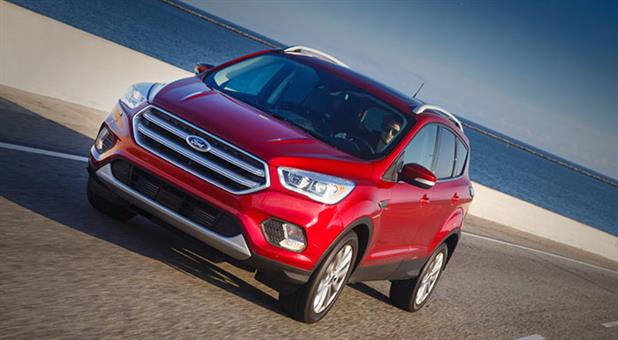 Car radios are an integral part of life on the road. In fact according to a report published by Nielsen, 93 per cent of Americans listen to the radio at least on a weekly basis, which is more than the time they spend on their smartphones or on watching TV.

Ford has taken this information to heart and has developed dual radio reception systems for the 2017 Ford Escape and Fusion. The new system uses a second receiver and the rear-window heater grid as a second antenna for improving the clarity and range of FM radio. A special receiver is used to broadcast a digital signal over a traditional radio. The radio can use dual FM radio reception to choose between multiple signals which are broadcast on the same frequency.

This is one of the first instances in which the automotive industry has used dual reception for HD radio. The second receiver and antenna minimizes interference from the same radio signal when it is received twice, as is the case when you drive in mountainous areas and urban areas. The second receiver is also used to pick the strongest signal and play that specific station.

Speaking about the dual radio reception system, Andy Adrian, Ford antenna and reception engineer said that the broadcast transitions seamlessly with the new system and there is no chance of hearing two stations at the same time. As a result the vehicle would have clean, high-quality audio.

Ford extensively tested the new technology with a 4,200-mile test of radio signals in major cities across the United States including Los Angeles, Detroit and Chicago. They found that listeners can hear their favorite stations for a longer period of time when they are travelling between cities as there are less chances of radios playing overlapping stations.

The 2017 Escape and Fusion will use Sony Audio systems that will have Automotive Audio Bus® (A2B®) technology from Analog Devices, Inc as a standard feature. This digital audio bus technology will use lighter and less complex wiring while delivering high-fidelity audio. The 2017 Fusion will have several sound-enhancing features. The Fusion V6 Sport, Platinum, Titanium, Hybrid and Energi variants as well as the SE Luxury Package, will have acoustic laminated glass on the windshields and front doors. This glass will block out wind and road noise while insulating the audio inside the vehicle.

Ford has also increased the number of speakers on Fusion Hybrid S and Hybrid SE models from six to nine to boost Active Noise Control functionality. Active Noise Control, which is also available on Hybrid and Energi models emits sound waves that offset unwanted background noises in the cabin like engine, transmission and wind noise, and also contribute to a more pleasing engine sound.

When compared to the 2016 Honda Accord and Toyota Camry models, the Fusion cabin blocks more wind and boasts more interior quietness.

“These changes are the result of listening to feedback from dozens of listeners over hundreds of hours,” said Alan Norton, senior technical leader for Ford audio systems. “It’s all about attention to detail. By improving radio reception and taking other steps to improve sound quality and acoustics, we aim to give customers the consistent, enjoyable sound they deserve. In many cases, the best audio systems our customers have are in their vehicles. We don’t want them to settle for low sound quality.”