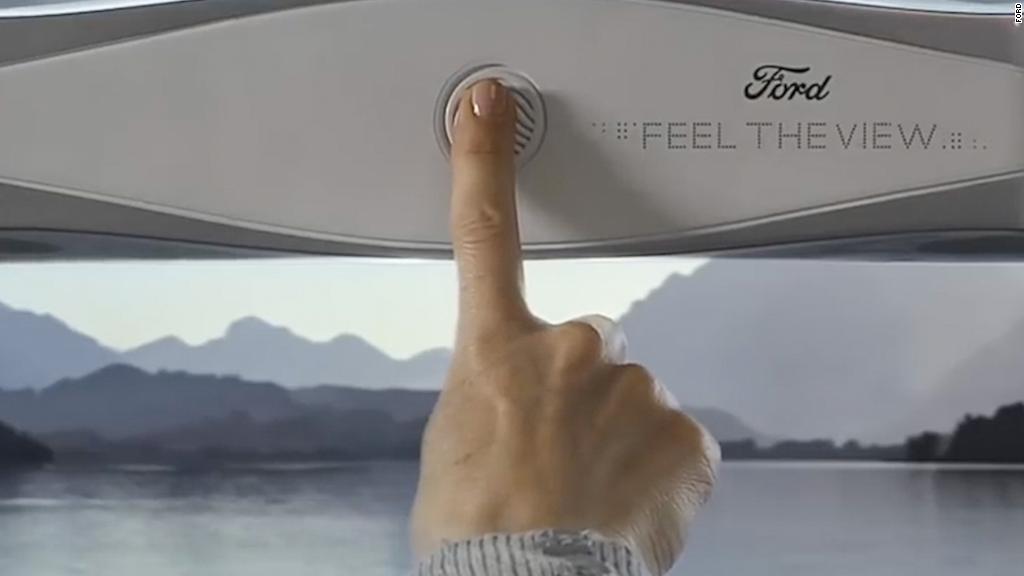 Ford has developed a “new haptic visual language” that makes it possible for blind people to experience the view outside the window through tactile sensations. The Feel the View smart window converts the image of the surrounding scenery into vibrations on a tactile display that can be easily understood by blind passengers. According to Ford, such vibrations allow blind passengers to recreate the landscape in their minds by “touching” the scene.

Feel the View is the outcome of a brainstorming session that Ford’s subsidiary in Italy had organized with local start-ups. Ford invested in the development of a prototype which was made by the creative agency GTB Roma in association with the startup Aedo Project which specializes in making devices for those who are visually challenged in collaboration.

The Smart Window comes with a built-in camera that can photograph the view beyond the window with just the touch of a button. The phot is then transformed into a high-contrast greyscale image and replicated through small LEDs which are embedded in the glass. This reproduction is not visible to the human eye, but these LEDs provide haptic feedback, and depending on the different shades of grey used, they vibrate at different intensities. The whiter the color, the greater is the intensity of vibration. As of now, 255 levels of vibration are available. The smart window also comes with a voice assistant that can provide information about the view through the car’s audio system.

Commenting on the technology, Marco Alù Saffi, spokesperson for Ford of Italy said that the company seeks to make people’s lives better and this is one way in which this can be done for blind passengers as they can experience a great aspect of driving. Though the technology is advanced, the concept is quite simple and with the help of this technology, a boring journey could turn into a truly memorable one.
Microsoft was another company that has ventured into technologies to make the lives of blind people easier. The company collaborated with research group Future Cities Catapult to develop a headset that they could use to find navigate their way through even unfamiliar cities with the aid of a “3D soundscape.”