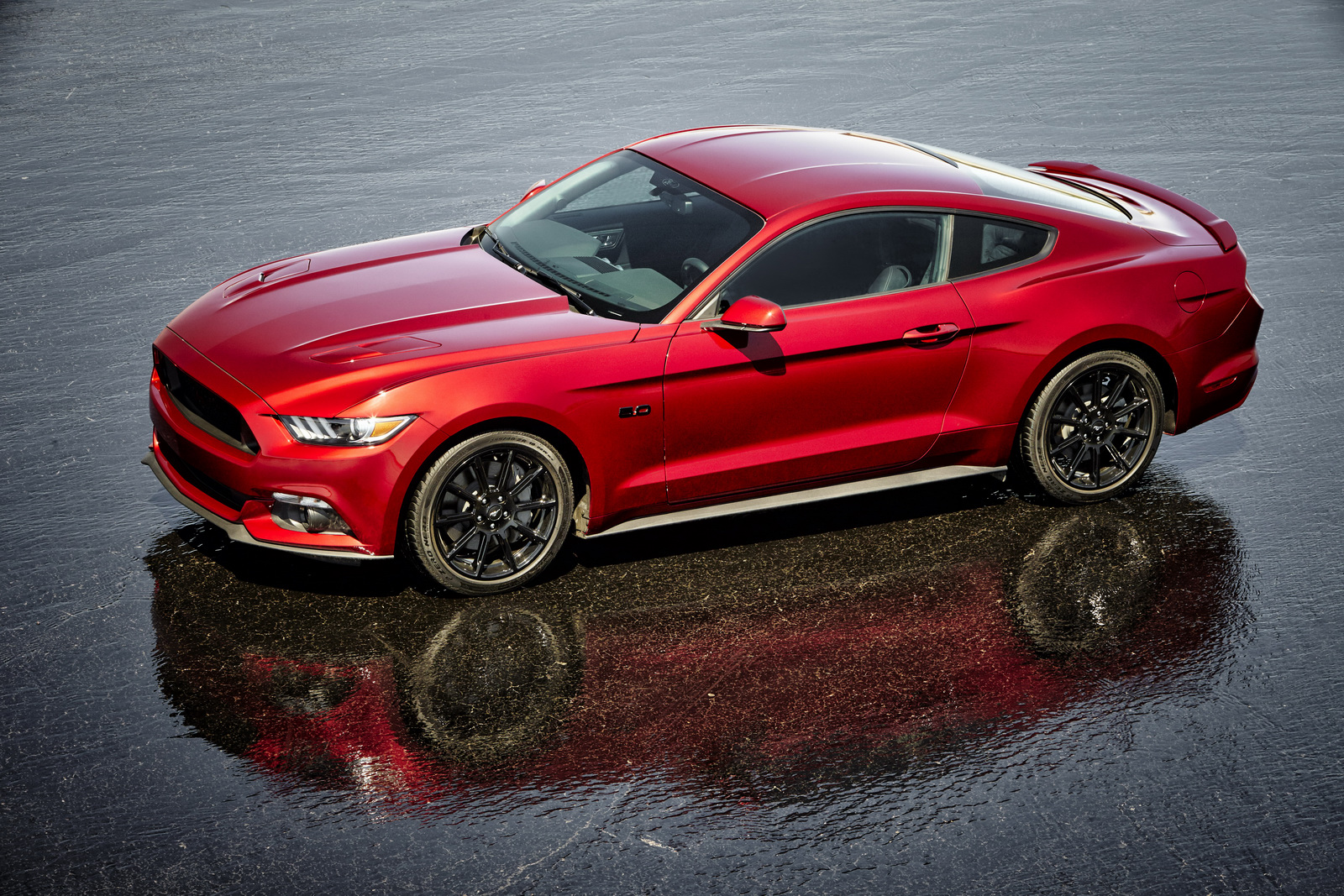 Ford Performance Parts has debuted performance power packages for performance-enhancing calibrations for EcoBoost Mustang and the Mustang GT. These packages can be used to boost the performance of the engine in these variants while being compliant with with regulatory norms and confirming to the limted warranty offered for the vehicles.

The Ford Performance package for the Mustang having the 2.3 liter EcoBoost engine can increase its output by 25 hp to 335 hp and enhance torque by 70 lb ft to 390 lb.-ft. of torque. For the Mustang GT, three different performance packages are available which can boost the output by 37 hp to a maximum of 472 horsepower for the 5.0-liter V8 engine, all while adding no-lift-shift capability and increasing engine redline.

The EcoBoost calibration kit offers considerable gains in both horsepower and torque and the powerband increases the output by as much as 100 hp at 6,000 rpm. On average, the kit can increase horsepower by 40 horsepower and the torque by 60 lb.-ft. of torque from 2,500 rpm to 5,000 rpm. From 5,500 rpm to redline, the average gains are 75 horsepower and 64 lb.-ft..

The launch of the three new performance power packages for the Mustang GT marks the first time that Ford has offered more than one performance calibration for a single powertrain application. The unique no-lift-shift feature offered for manual models as part of these packages allow drivers to shift gears without lifting their feet off the throttle, thus helping them to enjoy maximum acceleration.

The first power pack comes with a unique performance calibration and high-flow air filter that can increase the hp by 13 hp and the torque by 16 lb.-ft. for the Mustang GT. The second power pack comprises a cold air intake, 87-millimeter throttle body, and intake adapter from Shelby GT350 Mustang that boasts an industry-exclusive CARB-certified open air filter. These components work in tandem to increase output by 21 hp and the torque by 24 lb.-ft. over the performance of the standard 5.0-liter V8 engine.

For those Mustang GT motorists who truly want to open up their engines, the third power pack offering moves the redline up to 7500 rpm to alter the character of the powerful 5.0-liter V8 engine and increase the horsepower by 37 hp. It comes with an extended powerband, and increases the torque by 5 lb.-ft. of torque at its best to provide a truly thrilling ride.

Both the Mustang GT power packages and the EcoBoost performance calibration kit are available for Mustang models with both manual and automatic transmissions. In the case of the automatic variant, the power packages come with the capability to offer optimized performance shift schedules.

The performance power packages are now available at the retail level through dealers of Ford Performance Parts.