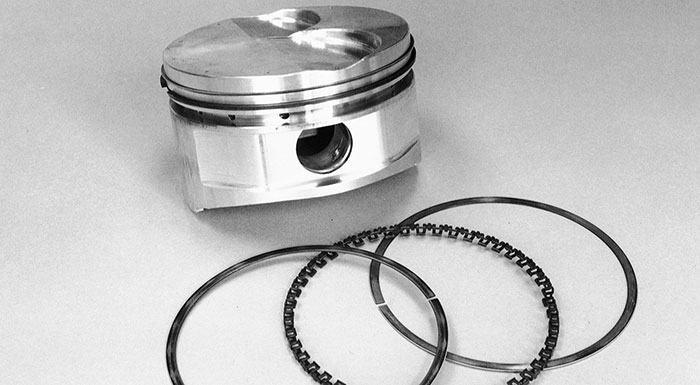 Federal-Mogul Powertrain, a subsidiary of Federal-Mogul Holdings, which is one of the leading manufacturers of automotive afterparts in the world has upgraded its GOETZE Diamond Coating (GDC®) for piston rings. This technology has been used in heavy duty diesel engines for over 10 years. The new coating, named GDC60, has a relatively higher diamond content when compared to its predecessor, GDC50. This will help to significantly reduce wear and exhibited a higher level of scuff resistance and lower friction during testing.

“Speaking about GDC60, Gian Maria Olivetti, Chief Technology Officer, Federal-Mogul Powertrain said that customers can use this to design more efficient engines having higher cylinder pressures while continuing to use a familiar, well-proven ring coating technology. Thus they will benefit from features that that GDC 50 had, like the Blitzchrom flank protection and the inlaysand will save on validation costs that they would have to spend on if they switch to a different ring coating technology.

Federal-Mogul Powertrain’s GDC coatings are of galvanic nature and have the high coating thicknesses that are needed for heavy-duty engines. A greater level of scuff resistance is needed when cylinder pressures increase, especially in the case of the first compression ring. The engineering team at Federal-Mogul had to retain the high strength and cost-effective design that GDC coatings already had while improvising them to meet increased demands.

In rig tests performed by the company, GDC60 reduced the friction coefficient up to 7 percent. The first engine tests proved that GDC60 reduces wear by up to 10 percent when compared to GDC50 coatings. This will help oil rings also to perform better.

The engineers worked to improve the microstructure of GDC50 in order to give it greater scuff resistance under high thermal load conditions. This created a finer microcrack network having more nanodiamond particles that are also distributed more uniformly.

When tests are performed using conventional fresh oils, GDC60 shows improvement in scuff resistance by up to 20 percent at high levels of thermal load capacity. The improvement was more noticeable with aged oil. Confirmation studies that were carried out with very low viscosity lubricating oils (HTHS2.6) proved that GDC60 can tolerate the same thermal load level as PVD (Physical Vapor Deposition) coatings.

When it comes to specific applications, the higher scuff resistance and the high strength of the coating under borderline loads makes GDC60 the best technical option within conventional piston ring coating families. Initial endurance tests using a highly loaded heavy-duty engine have confirmed the results of the rig tests.

GDC60 will complement the wide range of piston ring coatings that Federal-Mogul Powertrain produces. The product range comprises galvanic, PVD and other technologies including the premium DuroGlide product, a coating derived from amorphous carbon that has a high percentage of diamond-like-carbon and which set new standards when it came to low friction and wear when it was launched in 2014.

“Our expertise with a range of coating technologies means we can provide each customer with a ring pack specification tailored to their particular requirements,” explained Dr. Steffen Hoppe, Director, Technology, Rings & Liners, Federal-Mogul Powertrain. “For some applications, an innovative development such as DuroGlide provides the only robust solution; for others, an incremental improvement such as GDC60 offers a highly cost-effective answer that is convenient to implement, quickly validated and can be used in combination with existing and well-proven design features.”

Federal-Mogul Powertrain’s will showcase its new GDC60 technology at the company’s booth at the IAA Show in Hanover, Germany, which is scheduled to be held from September 21 to September, 2016.