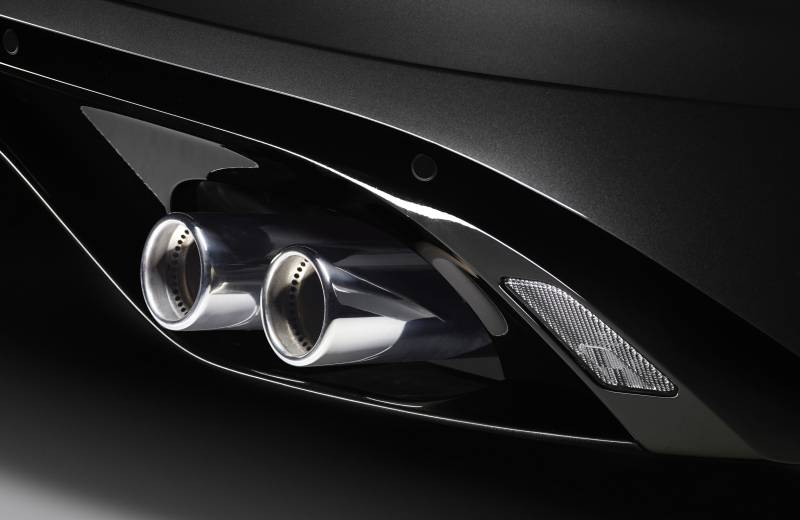 The latest trend in sports cars has been getting one with a dual-exhaust tip. This little feature makes a big difference in the sound a car makes, transforming it from a quiet little vehicle to one that makes quite a racket on the roads. Porsche is one brand that was one of the first to offer owners a sport exhaust system and charges a premium for doing so. Other auto manufacturers like Jaguar, Mercedes-AMG, Chevrolet and Ford will soon have these devices as standard equipment.

Dual-mode exhaust systems comprise large and complex mufflers that channel exhaust gases to the external world through two routes – one being a straight through pipe/resonator while the other is a complex path comprising many sound muffling tubes. The exhaust flow is directed through solenoid-operated valves and their opening and closing is controlled by various elements.

While a button in the cockpit is used to control the feature physically, there are also a number of presets that can be used to regulate the operation of the dual exhausts. Generally, selecting the Sport mode results in the loudest setting for the noise. In the Chevrolet Corvette, even in the Normal mode, as the speed increases, the sound increases.

The Jaguar F-Type R is another sports car that sports a dual-mode exhaust system. The roar of the vehicle’s V8 F-Type was developed by the Jaguar sound engineers after they evaluated more than 50 different exhaust systems.

Another trick companies use for more sound effects like pops and backfires is a system of targeted exhaust valve and spark timing. In conventional vehicles, fuel supply is cut when the throttle is released but in the case of these sports cars, exhaust valve closure is delayed and this results in a medley of sounds through the tailpipe.

Generally, it is those within the vehicle who get the benefit of the enhanced exhaust sounds. In the case of the M5 sedan in 2011, BMW used Active Sound Design to superimpose sounds over the existing audio, whether the audio system is on or off. It was felt that though the super sedan had an output of 560 hp and a 4.4 liter V-8 engine, enough sound was not experienced in the cabin due to the levels of cabin isolation and action of the turbochargers which muffled the sounds of the engine. The Active Sound Design created two different “sound character maps” that electronically generated engine sounds – one for Efficient and Comfort modes and a stronger one for the Sport or Sport+ modes. ASD may soon be used in many BMW models.

Volkswagen used a similar technology for its Golf R in which a transducer is fixed to the firewall, and this firewall and the windshield work In tandem act as an amplifier for synthesized engine sound. When the transducer is disconnected, there is no noise in the cabin.

The sound made by a vehicle does play a major role in the overall driving experience and contributes in significant measure to the identity of a brand. It does not matter much whether it is real, enhanced or altogether, as long as it exists.