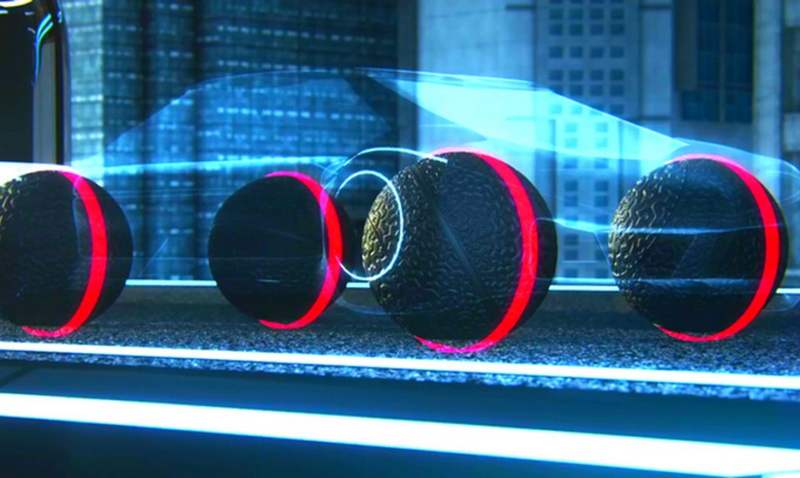 Goodyear Tire received highly prized recognition from the prestigious TIME magazine for its stylish and futuristic Eagle-360 concept tire. The tire was recognized by the magazine as one of the “Best Inventions of the Year 2016.”

The Akron based tire manufacturer first launched the Eagle-360 spherical tire earlier this year at the Geneva International Motor Show which was held in March in Switzerland.

The Eagle-360 concept tire has a structure which mimics the structure of the brain with a coral tread pattern. This will allow a car to move in all directions.

The tire is still very much in the concept stage and Goodyear designed it to be a tire that can connect to a self-driving vehicle through via magnetic levitation. The brain coral pattern tread which uses the “biomimicry” concept is meant to become stiffer in dry conditions and soften when wet. This will optimize the grip and handling of the tire under different road conditions.

The Eagle-360 tire is one of 25 such inventions that have been selected by Time editors as the best inventions of the year. Other inventions that are a part of the 2016 list include shoes with laces that tie themselves, a virtual reality headset, the solar roof that is the outcome of Tesla’s controversial collaboration with SolarCity and the Chevy Bolt electric vehicle.