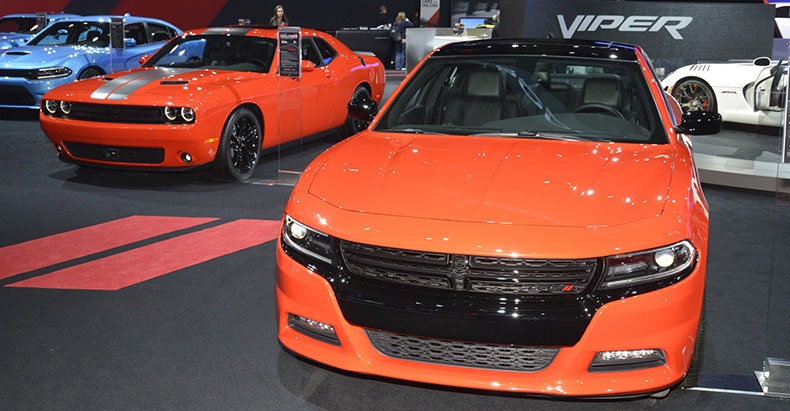 There was a time back in the 60s and 70s when rich and vivid colors for cars were very much in demand. Over the years this has changed with neutral colors like black, silver and gray becoming more popular. Dodge however has dared to buck the trend and has announced that its new range of colors for 2017 will echo the bright colors of the golden age of motoring when many muscle cars made their appearance on the motoring scene.

Inspired by the brand’s colorful heritage, Dodge has announced that shades like Yellow and Green Go will be part of the brand’s palette along with limited edition hues like Go Mango and Plum Crazy. Speaking about the bold move, Tim Kuniskis, Head of Passenger Car Brands, Dodge, SRT, Chrysler and Fiat – FCA North America said that company’s heritage-inspired shades for 2017 highlight the fact that Dodge applies its brand attitude to every small aspect including color names. The new shades are meant to create an emotional connection with customers by inspiring their passion for cars and their love for Dodge.

Some of the popular shades during the muscle-car era were HEMI Orange, Top Banana and Panther Pink. The 2017 shades will have similar “high-impact” shades that will definitely create an impact on the automotive scene, especially when it comes to high performance cars. Dodge lovers are definitely in for a treat next year with shades like Bomber Brown, Blood Orange and Contusion Blue.

The new shades will be available not only for the brand’s popular models like the Viper. The Charger and the Challenger but also for bigger family oriented models like the Journey, the Durango, Journey and the Grand Caravan.