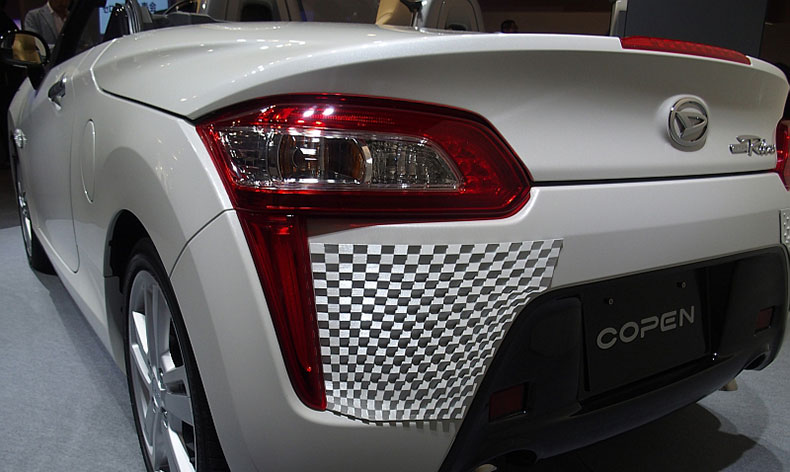 Daihatsu to Offer Customizable 3D printed Skins for Copens from 2017

Japanese auto manufacturer Daihastu had revealed last year that it was collaborating with 3D printer manufacturer Stratasys to design and assemble customized 3D printed exterior panels for its Copen models. The latest move in this initiative is the announcement that large-scale customization system is completely ready and just needs to be tested before being implemented in the production stage.

Daihatsu had discontinued the Copen range in August 2012 but had revived it in the Japanese market less than a year later with a revamped design. The new Copens have a monocoque chassis structure and a highly modular design. The body panels are made of 13 separate components, of which 11 are interchangeable in order to permit customers to choose designs and colors based on their preferences. Thus, Daihatsu will be offering a level of customization that has never been experienced before in this segment. The panels or Effect Skins are available in as many as 15 geometric and compound patterns and 10 different colors. With the use of 3D printing, motorists need only two weeks to change the color of their cars, a process that conventionally will take at least two to three months and with the wide range of choices when it comes to colors and designs, the only limit to the number of unique “skins” they create for their car is their imagination.

The exterior panels for the Copens will be printed by the Fortus Production 3D printer from Stratasys and will be fashioned from thermoplastic panels that are UV-resistant and durable. Daihatsu is planning to test these “Ëffect skins” later this year and launch them on a commercial basis in 2017. This will transform buyers of the Japanese Copen model into proud owners of their very own customized cars that express the creative abilities of their owners.