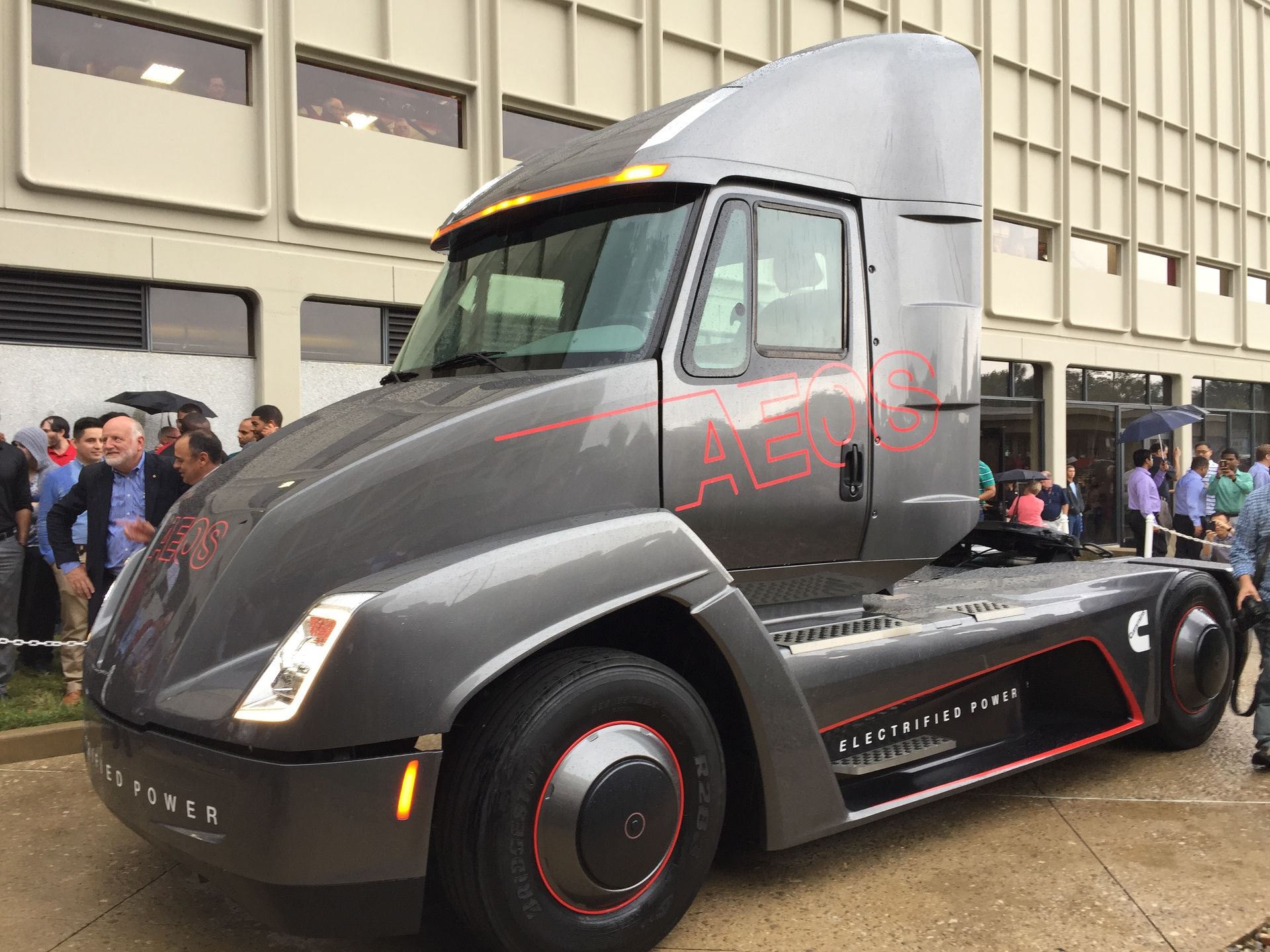 Cummins might be known mainly for its diesel engines but the company is taking the challenge from electric vehicle technology seriously. The company is all set to challenge Tesla in the field of trucks after the debut of the Tesla semi. Cummins has recently acquired Johnson Matthey, a British sustainable technologies firm which specializes in the production of high-voltage automotive batteries for electric and hybrid vehicles. It is one of the biggest suppliers of lithium-ion battery systems in Europe. This acquisition will help Cummins to get a head start when it comes to the trucking industry. The two companies are planning to collaborate on the development of high energy battery materials for commercial heavy duty applications.

There are other players in the electric vehicle truck market. In addition to Tesla which has received immense interest in the Tesla Semi, Nikola Motor has announced that it will invest USD 1 billion in a factory that will manufacture hydrogen-electric semi trucks.

In August 2017, Cummins had unveiled its Aeos, a demonstration class 7 truck having a range of 10 miles.

Commenting on the acquisition, Cummins CEO Tom Linebarger said that the company would benefit from Johnson Matthey Battery Systems’ technical expertise and customer base in markets which are adopting electrification at a faster rate. He went on to add that Cummins is now uniquely poised to emerge as a leader in electrification by combining the electrification capabilities, portfolio of diverse power solutions, and global network of both companies.

He said the company’s plan is to offer a full range of quality products irrespective of the type of product whether they want to use electric, diesel, natural gas or other energy solutions.

Johnson Matthey CEO Robert MacLeod said that the deal would allow the company to grow its position in high energy battery materials, particularly for heavy duty applications, and apply its expertise in chemistry to develop new products that will give consumers the performance they demand from electrically powered vehicles.

In October 2017, Cummins had acquired Brammo, which is known for designing and developing low-voltage battery packs for mobile and stationary applications.