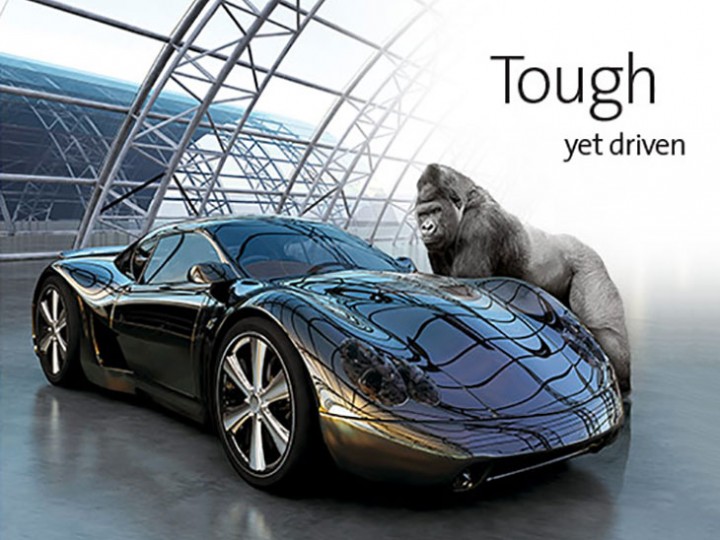 Corning Gains Ground for Gorilla Glass in the Automotive Industry

When travelling in vehicles, safety is a prime consideration. This is especially true when it comes to material that by its very nature, is considered to be fragile, like the glass used in cars for windshields and windows. Most people would like the glass used in their vehicles to be as thick as possible. There appeared to be no chance for Corning to make any headway in the automotive industry as the Gorilla Glass it produces is positioned as glass that is lighter in weight.

With the growing emphasis on fuel efficiency, automotive manufacturers have become concerned about the weight of the glass that is used in the vehicles. In a bid to make vehicles lighter, they are more open to using Corning’s Gorilla Glass in production vehicles.
According to Corning, the innovative Gorilla Glass is a lot stronger and lighter than the glass that is conventionally used for automobiles. Corning has been working on Gorilla Glass for years in order to use in different vehicle applications, and have even developed thinner windshields. Currently, though Gorilla Glass is used mainly in smartphones, smartwatches and touch screens.

Some of the leading automotive manufacturers have emerged as early adopters when it comes to using Gorilla Glass in their production models. These include the use of Gorilla Glass in the Ford GT sports car which has a Gorilla Glass windshield and the BMW i8 which uses the glass in interior applications. So far, four companies have already started using the glass, with many more expressing interest in doing the same.

Doug Harshbarger, Corning’s business director for emerging automotive innovations said that suppliers and automotive manufacturers are a bit cautious about incorporating Gorilla Glass as it is thinner. With norms regarding the weight of vehicles and fuel economy standards becoming stricter, automakers are showing greater willingness to experiment with Gorilla Glass. According to Harshbarger, automakers are generally very conservative when it comes to applying new technologies. This is why they prefer to try out new materials in the lowest volumes first, like BMW did by trying Corning glass for an interior window.

He said the lighter glass also has a benefit in body engineering because it helps automakers reduce the weight above the vehicle’s beltline. Thus, the use of Corning Glass offers the dual benefits of weight reduction and better performance, which is rare. Corning also has drawn the interest of automakers by partnering with the renowned French supplier of glass products, Saint-Gobain. Earlier, Corning would make just the Gorilla Glass and then send it to suppliers who would make products that are suitable for the automotive industry from the glass like vehicle windshields. Now that the company has signed the new partnership with Saint-Gobain, it is planning to produce windshields itself, through the Saint-Gobain partnership. This is meant to expedite the process of getting the products into vehicles.