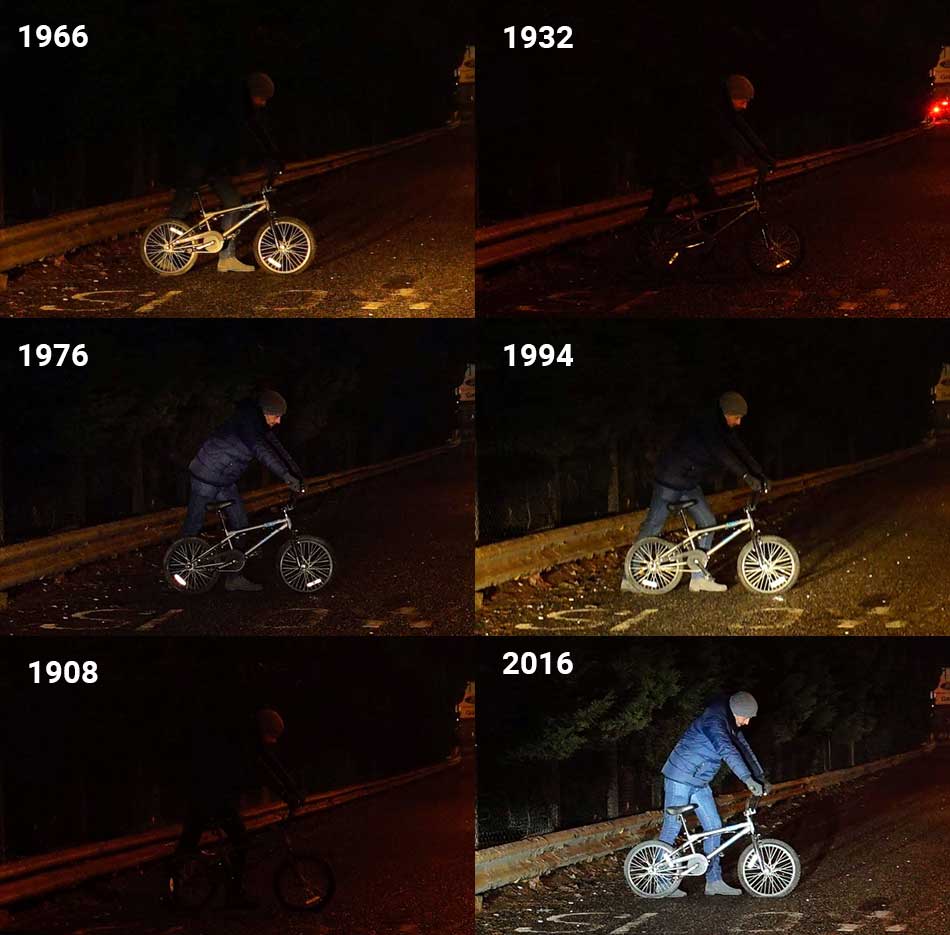 How Car Headlight Technology has Changed Over the Years

Night-time driving visibility has undergone a sea change from the days of our grandparents. They used headlights that were a lot less effective. Ford recently released a series of images showing the view from cars ranging from a 1908 Ford Model T to a new Ford Mustang to highlight the developments in headlight technology. In each of the images in the montage, the cyclist is only 12 meters ahead of the vehicle.

When it came to the Model T, drivers first had to light the acetylene lamps before they started the car. Over 15 million Model Ts were sold in the period from 1908 to 1927. In sharp contrast, today’s drivers not only have the benefit of highly illuminating xenon and LED headlights but also can use innovative technology that automatically brake the car when a pedestrian approaches. Other images in the montage showcase the illumination of the headlights of models belonging to the 1930s, 1960s, 1970s and 1990s.

Headlights like the xenon headlights, which are used on the Mustang have around three times the output of halogen bulbs. Like the technologically advanced LED headlights that are used for vehicles like the Ford Edge SUV, xenon lights produce a bright white light that can make five times as powerful as halogen bulbs.

Drivers now travel a lot faster than Model T drivers did. Nevertheless, they do benefit from the kind of technology that makes it possible for lighting to adapt to speed and surroundings. Instead of stopping abruptly, headlights now are designed to gradually fade at the edge of the beam pattern. This allows objects in the dark to come steadily into view rather than appearing suddenly in view.

Koherr said that while the lights of the Model T were essentially glorified candles, we now have  efficient and effective xenon and LED lights. The future is bright for lighting technology with the likely advent of super-bright LED lights that can actually help drivers to remain alert. Ford is now working on developing new spot lighting technology that can attract the driver’s attention to pedestrians, cyclists and even large animals in the vehicle’s path. An infra-red camera is used to locate and track people and bigger animals up to 120 meters away.”