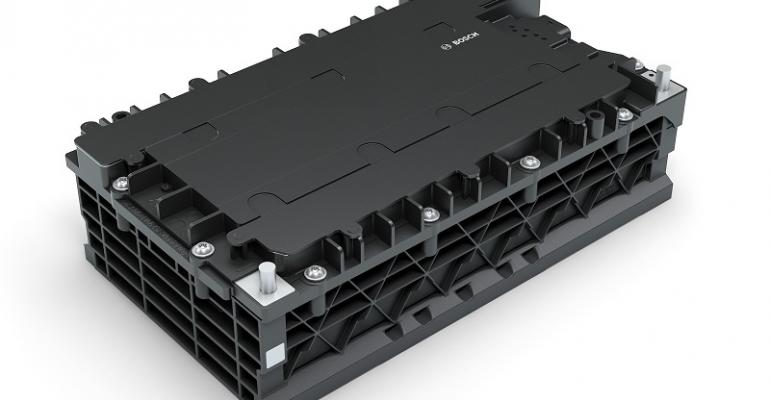 Bosch Finalizes Deal for Supply of EV Batteries with CATL

Bosch has announced it has finalized a deal for supply of batteries for electric vehicles with the Chinese company, Contemporary Amperex Technology (CATL). The two companies will collaborate on the development of high-performance battery cells.

As part of the partnership, CATL will deal with the design, development and production of electric car battery cells which will be used in Bosch’s 48-volt mild-hybrid powertrain system. Bosch is currently working on the development of the powertrain system. The powertrain comprises an electric motor that derives its power from a 48-volt battery that will supplement the power obtained from the internal combustion engine. The battery can be charged through the recovery of energy that is generated during braking. According to Bosch, use of this hybrid powertrain can cut fuel consumption by as much as 15 per cent.

Bosch believes strongly in studies that by 2025, almost 20 per cent of new cars sold every year on a global basis will be using 48-volt mild-hybrid technology and is preparing for this transition with development of hybrid powertrains like these.

Commenting on the new powertrain, member of the board of management and chairman of the Mobility Solutions business sector of Bosch, Dr. Stefan Hartung expressed his confidence that Bosch’s 48-volt battery will be able to attain a leading position in the market, and thus make the 48-volt hybrid an affordable option for most motorists.

He added that with CATL being a company that is known for its expertise with lithium-ion battery technology, Bosch has found the right partner. When this is taken together with Bosch’s systems know-how and expertise in battery management, the collaboration is expected to reinforce Bosch’s strong position in the 48-volt battery market.”

Bosch commenced production of its first-generation 48-volt hybrid system in late 2018 at its factory in Wuxi, China. Its latest 48-volt technology hold out the hope of a significant advance in technology as the battery is more compact and is cooled passively. This means that car manufacturers can integrate the system into their vehicles without the need for additional cooling units.