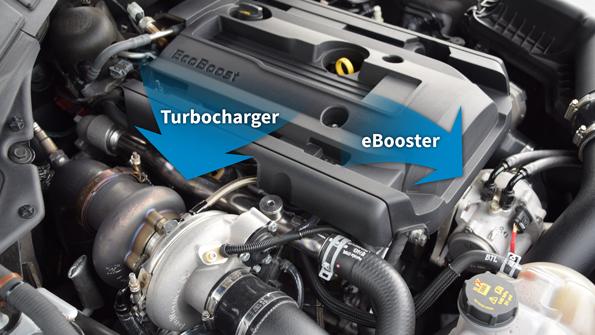 BorgWarners Continues on Growth Track with Advent of Smaller Engines

As many automotive companies switch to smaller engines, BorgWarner has great plans for the future. The market for turbochargers has been growing at a steady pace going from the figure of 7.2 per cent of all gasoline and diesel powered cars in the United States in 2006 to 25.6 per cent in 2016 based on figures from Wards Auto. In Europe the usage of tubocharged cars is approaching 70 per cent. The key players in the market are Honeywell (with Garrett turbochargers), IHI, Mitsubishi Heavy Industries and new challengers Bosch and Continental. Though the use of turbochargers is generally associated with the use of high-performance sports cars, BorgWarner Chief Technical Officer Chris Thomas said that in future they are likely to be used in more energy efficient vehicles. Currently, 18% of hybrids and mild hybrids use turbochargers and this is expected to increase to 56 per cent after a decade.

The benefit of using turbochargers in such models is that they feature the fuel-saving Miller combustion cycle and aggressive use of exhaust-gas recirculation and these types of powertrains are likely to be used in hybrids based on their fuel efficiency and the impact they will have on emissions.

By 2023, 42 per cent of hybrids are expected to carry BorgWarner technology and the company expects to grow its revenues in this sector by 54 per cent.

In order to minimize turbo lag, BorgWarner is launching its eBooster electrically driven compressor, which can supplement a traditional turbocharger and fill the gap when turbochargers spool up with exhaust gas.

According to Thomas, now when the engine is accelerated, the eBooster can be used to blow air into the engine before the turbocharger can spool up. This will allow engines to be downsized even more .

In Europe, the eBooster will first be paired y with a 48V electrical system, but it is also compatible with 12V systems. According to a BorgWarner executive, a 12V system can route up to 2 kW of power to the eBooster, while a 48V system can deliver up to 8 kW.

The eBooster proved its mettle when test drives conducted in a modified Ford Mustang that had a 2.3L 4-cyl. Engine. Along with the eBooster, the vehicle has a larger, high-pressure BorgWarner turbocharger used for Indy race cars. The factory-installed model produced 310 hp at 275 lb.-ft. (373 Nm) at 2,000 rpm