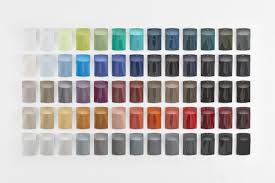 BASF, which is one of the leading developers and suppliers of automotive OEM and refinish coatings, recently published its 2018 automotive color distribution report titled “BASF Color Report for Automotive OEM Coatings”.

In 2018, achromatic shades were the most popular colors in the North American market, and accounted for about 75 percent of market production. Among the achromatic white was the most popular one. In addition to the achromatic shades, consumers continued to show interest in red, specifically when it came to their pickups and sports cars. The demand for blue colored cars was about the same when compared to the previous year.

In the past decade, crossover utility vehicles (CUV) have become really popular in North America. These vehicles offer motorists the convenience and safety of bigger sport utility vehicles (SUVs) with the fuel efficiency of smaller cars. In this segment, white is the most popular color, with black and grey coming second and third respectively. Other popular colors among car buyers were blues and reds.

“In coating large surfaces for the CUV segment, the industry looks to bring a suitable visual expression of the vehicle’s perceived use and link it to the brand image,” said Paul Czornij, head of Automotive Color Design for BASF North America.

BASF’s Coatings division constantly keeps tabs on the latest trends in materials and colors and on the basis of this information, predicts which colors will play a key role in the future automotive market. Each year, the designers of the company’s Coatings division create Automotive Color Trends, an innovative collection of 65 new colors. This collection of colors is based on extensive research and in-depth analysis of global trends and cultural shifts that are likely to influence automotive colors three to five years into the future.

BASF offers a range of sustainable coatings solutions for the automotive industry and this range includes coatings that enable a shortened application and curing process. This decrease in the time needed for application and curing can reduce CO2 emissions by up to 20 percent. The range also includes waterborne basecoats that meet strict global regulations to minimize the volatile organic compound (VOC) content, and coatings with a temperature management functionality that reduces the extent to which the car surface heats up when compared to conventional coatings, thus minimizing the heat build-up in interiors.