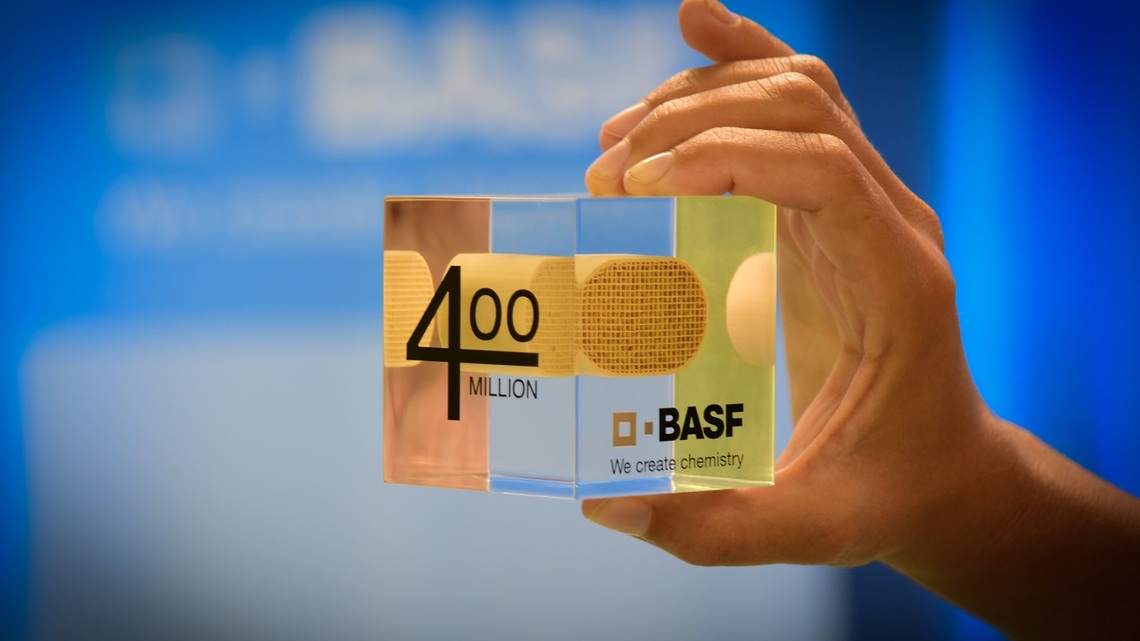 BASF recently celebrated a major production milestone at its factory in Huntsville, Alabama. The company made its 400 millionth automotive catalytic converter.

BASF held the “400” celebration at the Alabama facility which is BASF’s largest manufacturing facility in America and has a workforce of more than 650 employees. BASF had recently expanded the production facility to facilitate the continued production of emission-control technologies to make the air cleaner.

Another major sustainability milestone that BASF celebrated was that the Huntsville factory had reduced production waste and achieved the Virtually Zero Waste Facility Certification. A facility needs to meet several stringent criteria in order to attain this certification including full transparency about the amount of waste diverted from landfills and sent for incineration with energy recovery.

The “400” celebration was held to mark three achievements – the production milestone for the catalytic converter, the expansion of the facility and the Zero Waste certification and marked a significant advance for BASF in terms of its reputation when it comes to environmental friendliness.

Commenting on the celebration, Dirk Demuth, senior vice president, mobile emissions catalysts, BASF said, “For BASF, it’s a perfect thing. We create chemistry for a sustainable future, so this perfectly aligns with our mission statement. Secondly, it’s an attractive business, and you can leave a positive footprint on the planet by the job you did.”