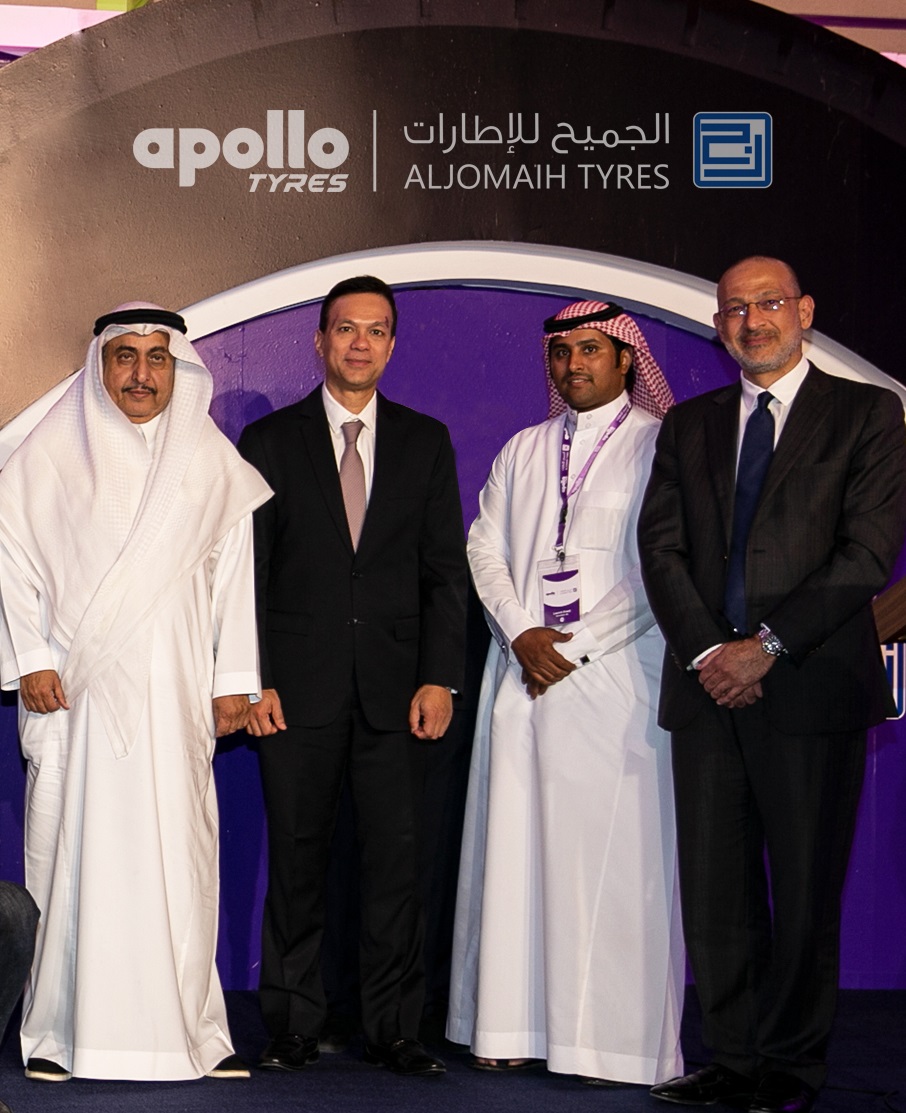 Apollo Tyres Ltd, the leading tire manufacturer ahs announced that the company will be venturing into Saudi Arabia by teaming up with Al-Jomaih Tyres Company Limited. Apollo Tyres is a USD 2.5 billion tire major and has appointed Al-Jomaih Tyres as its exclusive distributor for Saudi Arabia. In the Saudi market, Apollo’s focus would be on the truck-bus radial and passenger car tire market, and both these segments are growing at a fast pace. The company’s goal is to attain a sizable share in each segment within the next few years.

Commenting on the entry into the Saudi market, Shubhro Ghosh, Group Head, ASEAN, Middle East & Africa, Apollo Tyres Ltd said that the move is the culmination of a long-term product planning and development program. BY this stage, Apollo has developed products that can cater to the needs of customers in the Saudi market, which is the largest and important replacement tire market in the Middle East region. The company will be supported by its dedicated team of sales and service professionals, and by Al-Jomaih Tyres as its business partner.

“Saudi Arabia has a market potential of approximately 22 million tires, and we have set a very aggressive target for ourselves, of selling nearly 800,000 tires per annum, including both commercial vehicle and passenger vehicle tires, within the next five years”, he added.

Apollo Tyres has been in the news for its partnership with one of the leading football teams in the world Manchester United, as the team’s official tire partner. Shubhro went on to express his belief that this global partnership would boost awareness of the company’s brand and its products in the minds of the consumers across Saudi Arabia. He expressed his desire to work with Al-Jomaih Tyres to help further engage with Manchester United’s fan base in the Saudi market.

Commenting on the collaboration with Apollo Tyres, Sheikh Abdullah Al-Jomaih, CEO, Al-Jomaih Tyres, said “We are highly impressed with the quality and performance reputation of Apollo’s tires. We have noticed that the premium tier 2 market in Saudi has been expanding at a fast pace and Apollo Tyres meets the need of local customers who are seeking quality products at competitive prices.”

The tires that Apollo plans to sell in Saudi Arabia would be customized to meet the requirements of the region and would be covered under a 5-year warranty from the date of manufacturing.

Apollo Tyres had set-up its hub for the Middle East and Africa region, in Dubai, in the year 2011, and went on to expand its presence in the entire region with quality products.