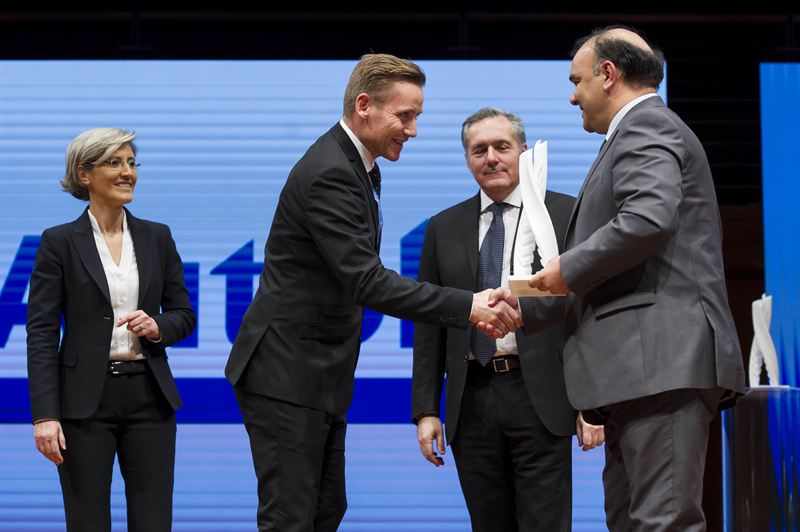 Autoliv, which is one of the key players in the field of automotive safety systems along with the company’s system software joint venture, Zenuity, have received the award given by FCA for innovation. FCA gave the award to the two companies in recognition of the active safety hardware and software that they developed for FCA’s project on future urban car safety.

Commenting on the award, Johan Lofvenholm, president, Autoliv Electronics said the company took great in this achievement as it proved that Autoliv’s vision of Saving More Lives and Zenuity’s goal of Make it Real is much more than words. They collaborated on developing the products, solutions and expertise needed to transform FCA’s project from concept to demo of its vision of future urban car safety in a very short time.

“In the end this is what matters – delivering real solutions to real customers that enables them to realise their visions,” he concluded.

Autoliv and Zenuity worked on the implementation of active safety hardware and software which worked in tandem to enable a number of advanced active safety and ADAS features in a small form factor vehicle. These features made the vehicle extremely safe in urban environments.

According to FCA, 50 percent of all vehicular accidents occur in urban traffic scenarios and hence the accident rate is quite likely to increase with the spread of urbanization. Hence, reducing the possibility of urban accidents will continue to be a key concern for all stakeholders – traffic authorities, OEMs and safety suppliers across the world.