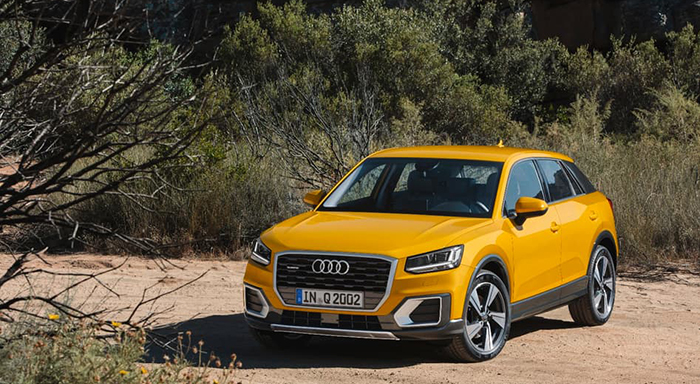 In order to fight the health risks posed by air pollution, automakers are working to ensure that drivers and passengers are able to breathe easy in their cars. Tesla takes pride in its Bioweapon Defense Mode, and now Audi is developing a new filter that effectively eliminates gases, particulates and allergens from the air.

The heavy-duty filters in these cars are designed to tackle the issue of air pollution, described as a “huge environmental health problem affecting everyone in both developed and developed countries” by the World Health Organization.

Rather than utilizing a regular, two-layer filter, the system rolling out in the all-new Audi Q2 comes with a unique outer layer. In one variant, the layer reduces allergens utilizing plant-derived substances known as polyphenols, which attach themselves to the receptors on the allergens. The other version of the filter employs a modified protein structure in the plant-derived substance to attain the same effect.

A special microfiber filter behind the outer layer of the filter is designed to eliminate small particulates from the air, while gaseous-impurities are caught up in an activated carbon layer. According to Audi, there is no impact on the air-flow received in the cabin, and testing has proven the system’s worth.

Audi’s revolutionary air filtration system is set to be featured on the Q2 when it debuts later this year, and will be used in the A1, A3, Q3 and TT from June. The good news is that existing owners can also have their cars retrofitted with the heavy-duty filter.