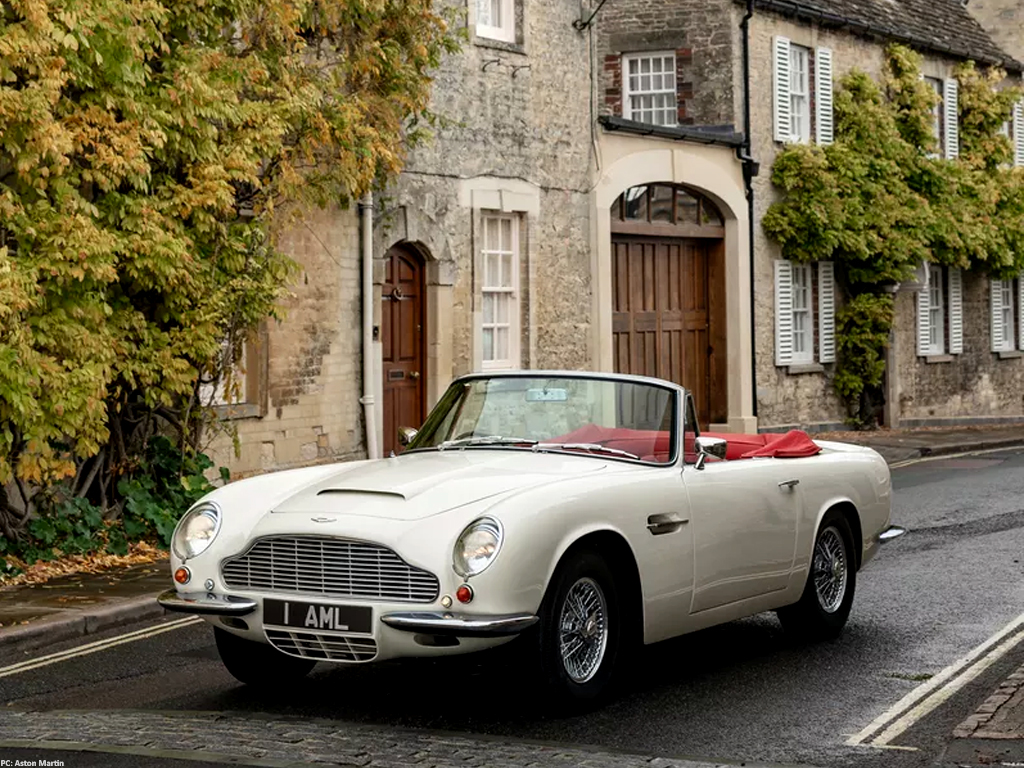 Aston Martin is working on the development of a reversible electric “cassette” powertrain that could be used to convert its classic models into electric vehicles. Thus, the vintage cars could still be driven in areas where internal combustion engine powered cars have been outlawed without affecting their external appearance.

To showcase the work that has been done in this regard, Aston Martin unveiled a proof-of-concept model using the 1970 DB6 Mark II Volante.

The DB6 has been fitted with a self-contained cassette which houses the new all-electric powertrain. This cassette is placed on the original engine and gearbox mountings. The cassette comes with cords which can be connected to the car’s electrical systems to give them power. Motorists can keep tabs on power management through a screen that has been discreetly fitted to the car’s interior.

Aston Martin said that this conversion makes it possible for the vehicle to be environment friendly and thus socially responsible, while also taking its historical significance into consideration. If the owner wants, it is also possible for him to reinstall the original drivetrain.

The conversion work is to be performed by Aston Martin Works, the company’s in-house subsidiary which specializes in the restoration, sale and maintenance of the brand’s  past models.

According to Aston Martin, the powertrains for its cassette conversions will use “key components” which will be used in the Rapide E all-electric sedan.

Aston Martin is planning to carry out the first classic car conversions in 2019.