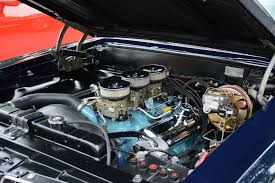 Analysts say that 2018 is likely to be the year in which the maximum number of internal combustion engine powered vehicles were sold. Beginning from 2019, experts are expecting vehicles with alternative powertrains like pure electric vehicles, hybrid vehicles and hydrogen fuel cell vehicles to sell in larger numbers, with the contribution of internal combustion engine powered vehicles to decrease over the years.
In January 2018, it was predicted that the demand for internal combustion vehicles would continue to remain high right up to 2022, but the key markets of China, the United States and Europe have experienced a downturn in terms of the sales of such vehicles. This meant that even in 2018, the sales were not as high as expected, and the numbers are expected to drop even further in the coming years.
In an article in the Financial Times, Axel Schmidt, global automotive lead for Accenture said that the global sales figures for 2018 will probably denote the highest level of sales for combustion engine car sales. These figures for 2018 will include the actual sales through October, and estimates for the months of November and December.

In 2018, from summer, the figures for sales of new cars have been declining in almost all important markets. When it comes to combustion engines, with electrified cars becoming more and more viable, consumers will hesitate more when it comes to new car purchases.

Some of the factors that have caused demand to slide for internal combustion engine powered cars are the increasingly strict emissions norms in Europe, the trade war between the US and China and Brexit.
The decrease in the average disposable income for Americans has led to a decrease in demand for ICE vehicles in North America. Moody’s has also estimated that the market share of electric vehicles could quadruple to 1.6 percent.

Electric cars have now become more affordable, thanks to the availability of more models at different price points from manufacturers like Kia and Hyundai. Charging infrastructure is more widespread and range anxiety is rapidly becoming less of a concern. China is also doing all it can to promote the sale of electric cars in order to reduce pollution.