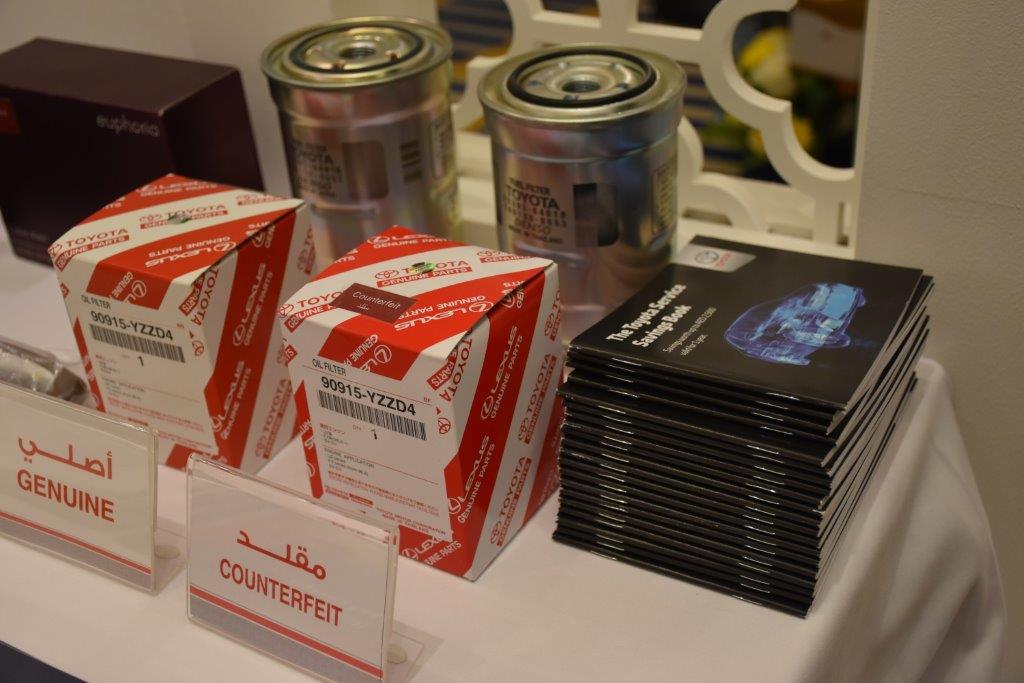 As part of its continual efforts to enhance the safety of customers, Al-Futtaim Motors worked closely with government authorities in the UAE to conduct 20 raids on distributors of counterfeit car parts in the first three quarters of this year. These raids resulted in the confiscation of over AED 36 million worth of counterfeit parts. Al-Futtaim Motors is the exclusive distributor of Toyota and Lexus vehicles in the UAE,

The company’s contribution to these efforts was to conduct a series of training sessions as part of which over 240 government officials in Dubai and Abu Dhabi gained the expertise needed to differentiate between genuine and fake Toyota parts. Al-Futtaim Motors also conducted a public awareness drive to educate the public about the importance of using genuine parts.

As part of this campaign, Al-Futtaim Motors teamed up with the Dubai Police to conduct two exhibitions throughout the third quarter at two different shopping malls. These exhibitions were meant to educate the public about the risks they took on when they bought fake car parts, and to help them spot the differences between genuine parts and counterfeit parts that are sold by unauthorized distributors.

Commenting on fake parts, Saud Abbasi, Managing Director of Toyota at Al-Futtaim Motors said that fake parts are not made by certified manufacturers and are thus not required to confirm to the high safety and quality standards that genuine parts have to meet. Customers need to become more aware about the importance of buying only genuine parts from authorized dealers as they could be otherwise putting their lives and those of their loved ones at risk.

Genuine parts of Toyota and Lexus vehicles are sold by Al-Futtaim Motors and are built to meet the highest in quality standards. They are hence safe, durable and will last for a lot longer than spurious parts from unauthorized distributors.