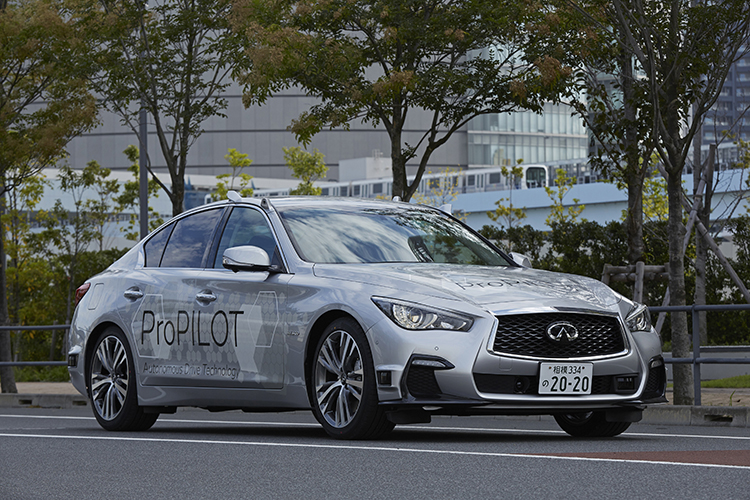 Nissan successfully demonstrated a prototype what it said is its most advanced autonomous driving technology in Tokyo. The company is planning to use this technology in production models by 2020 so that they can be used on public roads.

Nissan Motor Corp. installed and tested the latest version of its ProPILOT technology on a modified Infiniti Q50 sports sedan. Using this technology, the vehicle can be driven autonomously on urban roads and freeways, right from the time that the driver selects a destination using the navigation system till the time he arrives at his destination.

The prototype’s artificial intelligence draws on data that is obtained through 12 sonars, 12 cameras, nine millimeter-wave radars, six laser scanners and a high-definition map. Using this data, it analyzes complex scenarios in real time so that the vehicle can move smoothly through really challenging city conditions like negotiating tricky intersections. The system has received both hardware upgrades and software improvements so that it is easier to tackle obstacles and provide users with a comfortable riding experience.

Commenting on the trials, Takao Asami, Nissan’s senior vice president in charge of research and advanced engineering said that everything Nissan does has ingenuity at its heart.
He added that the company’s next-generation ProPILOT prototype showcased technology that is slated to be available for real-world use from 2020. He said that the demonstration in Tokyo proved to be another example of the successful progress Nissan has made in creating an autonomous driving future.