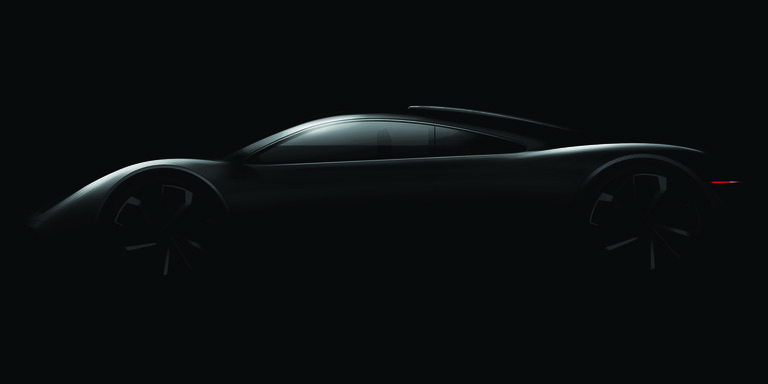 Gordon Murray, renowned race car designer and creator of the original 1991 McLaren F1 has just unveiled the teaser of his upcoming car, the first flagship model to be made under his new IGM auto brand. In October, Murray had announced that he was setting up Gordon Murray Automotive to make limited-run production cars of innovative designs. This company was set up as a sister company to Gordon Murray Design. He announced his new model at the new company headquarters in Dunsfold Park, England.

Murray said that the goal was to make this new car and all cars made by his marque to be considered as “engineering works of art”. All the new cars would be made using iStream, Murray’s pioneering production system that was created in-house. iStream integrates ultra-stiff, lightweight, low-cost chassis design with ease of production and the focus would be on making cars known for their weight reduction, aerodynamics and driving pleasure. His philosophy is to go against the current trend for making vehicles that are heavy and complicated.

The new model’s architecture will be based on a new version of iStream called Superlight. The system will use high-strength aluminum sections instead of the steel used in iStream Carbon. This additional weight reduction will result in the creation of a body-in-white structure that is close to half the weight of stamped metal and will set new benchmarks when it comes to rigidity, durability and platform flexibility.
It promises to be the lightest and most efficient process for body-in-white manufacturing available today and in the near future.
The IGM logo is a fresh take on Gordon Murray’s very first car badge, the “T.1” IGM Ford Special, which he successfully raced in South Africa in 1967 and 1968. The new logo will be used on all future in-house projects built by Gordon Murray Automotive.