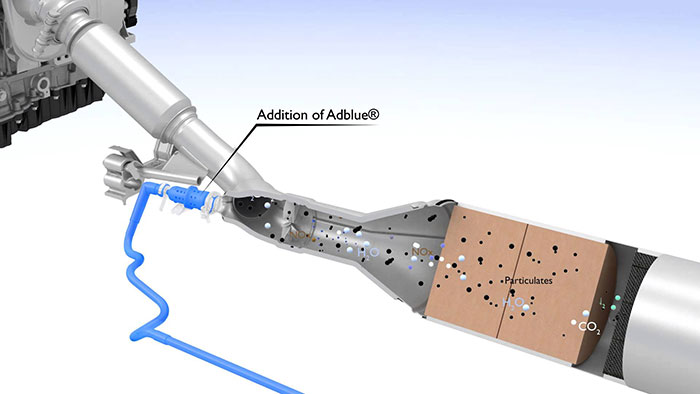 Diesel emissions have made the news with German automaker Volkswagen being at the center of a media and industry maelstrom over an emissions scandal. The ensuing furor has forever changed how regulatory authorities, and by extension, governments view diesel vehicles. French automobile manufacturer PSA Peugeot Citroën’s new BlueHDi Selective Catalytic Reduction (SCR) technology is a bold new step towards controlling these emissions in cars and other passenger vehicles.

The BlueHDi system uses a revolutionary SCR technology that is common to several other emission control systems but makes a critical change to the order and position of the nitrogen oxide reducing unit. A typical emission control system passes the exhaust gases into a particulate matter filter before the gases are sent into the SCR unit. The Peugeot Citroën BlueHDi SCR unit is positioned upstream of the filter so that gases are treated with AdBlue—automotive grade urea—the catalyst that reduces reacts with the nitrogen dioxide into relatively inert nitrogen and water. Carbon monoxide and hydrocarbons produced as a result of incomplete combustion are also reduced into carbon dioxide and water. Carbon dioxide emissions from the BlueHDi system are also under the 110g/km limit. This seemingly simple innovation is, in reality, the product of significant research, and the results are impressive. BlueHDi has been proven to reduce nitrogen oxides by up to 90 percent and a particulate matter by 99.9 percent—the highest possible control achieved by any emission system in the world. The efficiency levels of Peugeot Citroën’s system are a leap forward in diesel emission and particulate matter control technology when compared to the 30 to 50 percent reduction in particulate matter and an average of 70 percent on carbon monoxide and unburnt hydrocarbon from standard diesel engines.