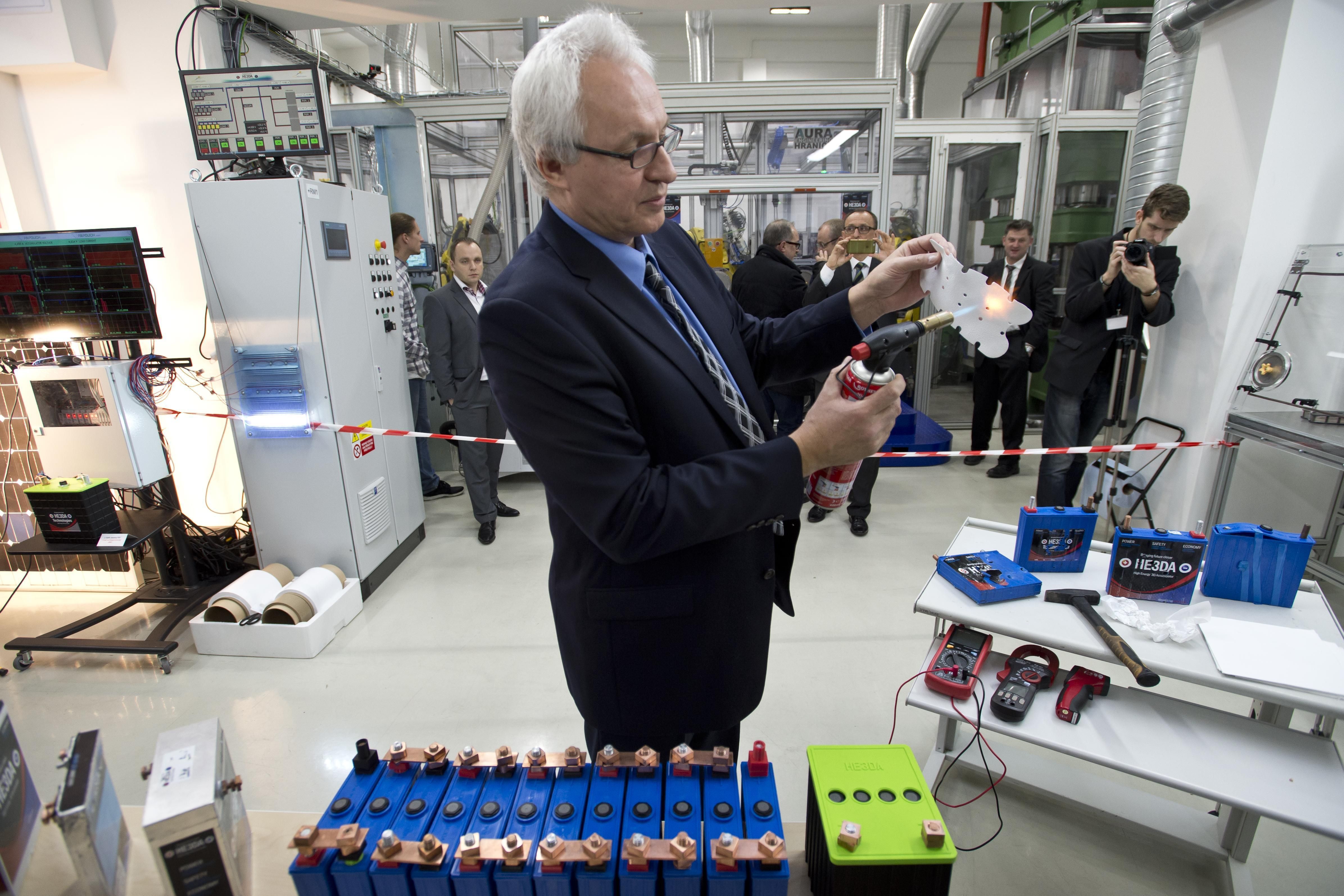 Conventionally used sources of energy like coal, petrol and gas have the great disadvantage that they are likely to finish one day. Renewable sources of energy like wind and solar energy are cleaner and their use has less impact on the environment. Nevertheless, their availability can be intermittent and it is not possible to store the energy derived from such sources on site. Transporting energy from wind farms and solar plants too poses a logistical issue. When it comes to use of batteries as a source of electric power, today’s batteries have many disadvantages including their heavy weight, limited capacity to save energy and the high cost of production. A Czech inventor named Jan Procházka has designed a 3 D nano battery having an inorganic nano layer that could transform the automotive industry. In fact, he has already set up a production line making such batteries at Letňany in the northern suburbs of Prague.

Procházka first began working on battery design in 2009 and the structure of his nano battery is similar to that of a multiple layer sandwich unlike conventional batteries which have a vertical formation. Due to this structure, Procházka’s batteries are a lot smaller, more powerful as well as eight times cheaper. Currently, he is focusing on the production of two kinds of batteries, with the first one being a strong and

Another advantage that Procházka claims his battery has is that it does not overheat or explode, making its use a lot safer in electric cars. This is highlighted in a launch video depicting Procházka going full swing at the battery with a sledgehammer and an electric drill without any harmful results. Procházka set up a company named HE3DA in 2009 to focus on production of his battery but chose to term his effort as a very expensive hobby, as a plant like his needs hundreds of millions of euros as investment.

Jan Procházka’s production line appears to be highly advanced with robotic production and a production capacity of just 10 MWh a year. He has plans to expand further, with a new factory to produce the batteries, which will be located outside the eastern Czech industrial city of Ostrava. This new factory will have production capacity of about 250 MWh a year, about half the capacity of Tesla’s new gigafactory in Nevada. Plans are also afoot to set up another factory in Slovakia, just across the Czech border, with plenty of local Slovak investors already on board. Factories will also be set up Germany and Spain to target the European and US markets. Procházka is planning to license the technology and manufacturing of the batteries on the global scale as demand increases.

With the Czech Republic having the biggest lithium reserves in Europe, and a strong history of pioneering and supporting nano technology, it looks like Procházka is all set to transform the automotive scene with his new nano battery.