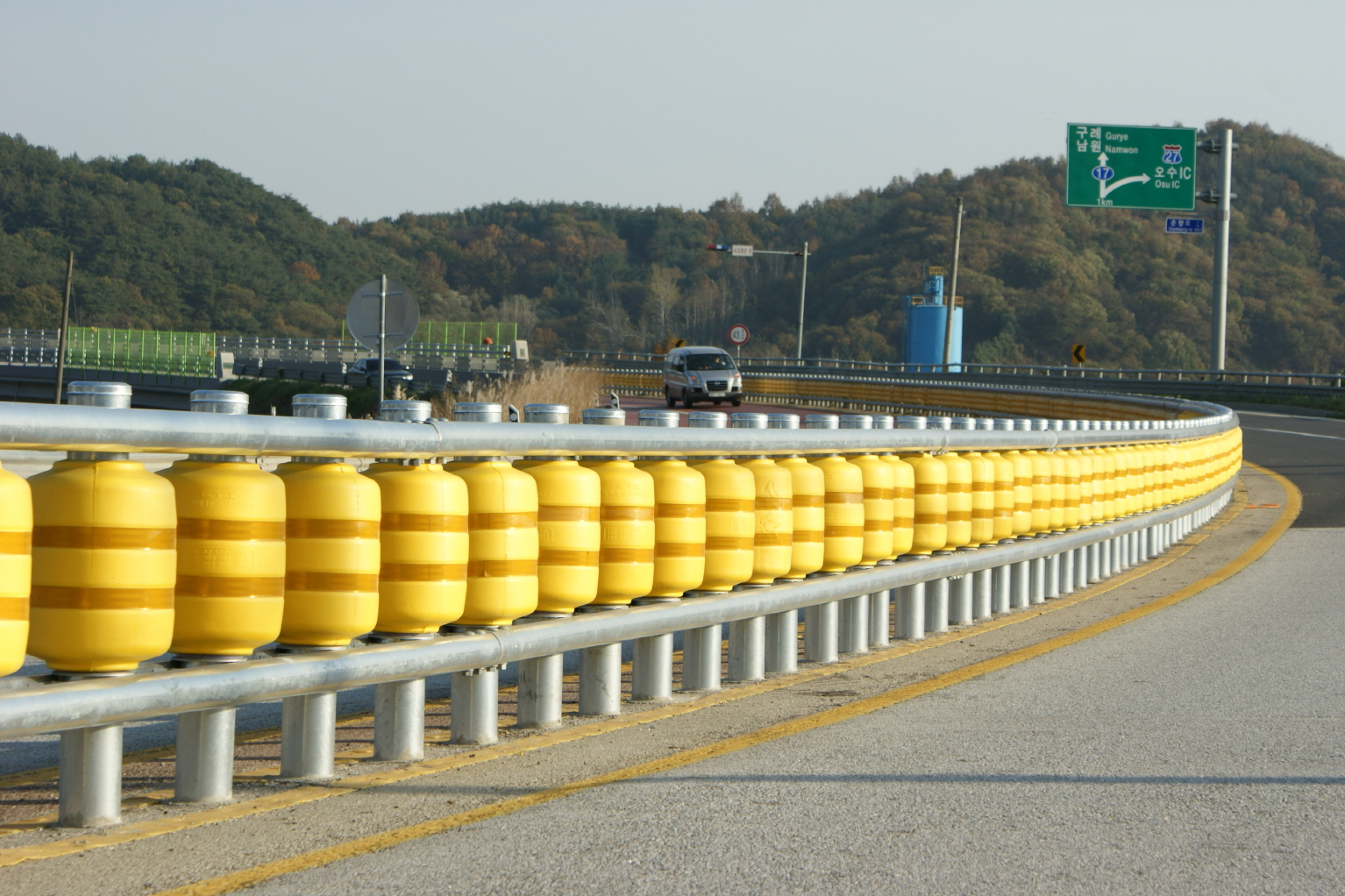 New Rolling Barrier System Could Save Many Lives

About 1.25 million people die every year in road accidents. Any measure that can be used to reduce this high figure will be a welcome move. While headon collisions account for some of the accidents, in many cases, vehicles hit the guardrails on the side of the road and this impact takes a toll. A Korean company has come up with a rolling guardrail that might help save lives.

Guardrails are essentially strong metal bars made up of steel plates which run along the edge of the road. When a vehicle hits the guardrail, it can slow down the vehicle and stop it, deflect the vehicle back to the road or the vehicle goes past the guardrail. A lot depends on the speed and the size of the vehicle. Softer guardrails can reduce the impact of the crash and help to save the lives of more motorists

Korean company, ETI (Evolution in Traffic Innovation)came up with a “Rolling Barrier System” comprising rotating barrels which not only absorb impact energy, but also converts it into rotational energy that will make the vehicle move forward rather than crashing through the barrier. The barrels are made of EVA, which when compared to other polyethylene resins has a higher degree of elasticity and flexibility. It is like rubber, though lighter and has higher elasticity than urethane. The barrels have high capacity for shock absorption with three-dimensional buffering frames which are supported by dense props. Reflective sheeting is attached to the barrels for better visibility.

When a car hits the guardrail that is made from the barrels, the shock of the impact is converted into rotational energy. The upper and lower frames of the barrel can adjust the tires of both large and small vehicles to minimize functional loss of the steering system \and the vehicles are guided in the direction they were heading in order to prevent rear-end collisions. The three-dimensional structure of the D-shaped frame and buffering bracket distribute and absorb the second shock.

The props which are placed at an interval of 0.7 m increase bearing power to prevent vehicles from further derailing. Though the props will be damaged, as they are independent of each other, only damaged parts will need to be replaced. Hence, once installed the system will have a low maintenance cost.

ETI makes different kinds of rolling barriers that have been purpose built for median strips, and roadsides. The company also makes traffic cones.