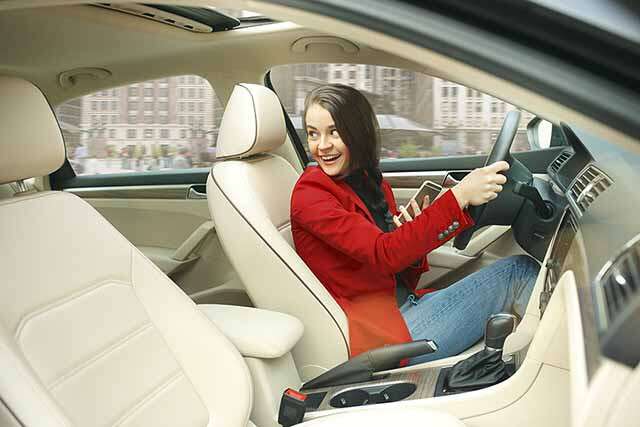 Are Females the Better Drivers?

To mark the international women’s day on March 8, we want to shed some light on ‘Who are the better drivers, females or males?’. This question captures the attention around the globe and RoadSafetyUAE wants to share some UAE specific insights. The data was extracted from the ‘UAE Road Safety Monitor’, a long-term perception and attitude research project which has been running for the past 6 consecutive years.

Thomas Edelmann, Founder and Managing Director of RoadSafetyUAE explains: “Female drivers often don’t receive the due appreciation for their driving behavior. Gender prejudice still seems to play a role; however, an overall more careful attitude can be observed while analyzing the behavior of UAE lady drivers in most of the critical dimensions of safe driving. Yet, there are improvement potentials especially with regards to time management, and to a lesser extent seat-belt use, road rage and mobile phone calls.  We took the opportunity to dedicate a new topic on our on-line portal – http://www.roadsafetyuae.com/lady-drivers/”.

Here are the key findings in detail:

Female drivers have been less involved in road accidents than males, when prompted “have you been involved in a road traffic accident in the last 6 months”. For example, the last survey from 2020 shows a 4%-points difference, females (f) 21% vs. males (m) 26%.

Over the last 6 years we have witnessed significantly lower levels for females, with a maximum of 8%-points difference between female(f) and male(m) UAE drivers.

More ladies than gentlemen ‘always’ use their indicator when changing lanes, taking an exit, merging onto a highway, turning at a junction, etc. f:71% m:65%.

Still, as it is the law, we always must use our indicators, as lane swerving remains the #1 cause of death on UAE’s roads and as this act of reckless driving goes hand in hand with the non-use of indicating.

However, both these values of ownership and usage must be 100%, as it is the law and simply the best thing to keep our children safe!

Females are less confused about which child seat is the correct one for their children, f:12% m:34%.

Females are much more realistic than men when it comes to the statement ‘no child seats are needed, as I am a safe driver’ f:7% m:25%!

However, less lady drivers ‘always’ use their seats vs. males f:70% m:72%, despite the fact that the law mandates the use of seat belts, and all these values should be at 100%!

On a positive note, female front-seat passengers ‘always’ use their seat belts more often when they sit in the front as passengers f:81% m:69%.

Unfortunately, for back-seat passengers the ‘always’ usage of seat belts is way too low, both for females and males – f:27% m:27%. Again, it’s the law for all passengers to use seat belts in the UAE!

‘Running late’ is the key reason for ladies to tailgate f:26% m:22% and it would be good for females to reflect on this, as at the same time they state to get nervous when they themselves get tailgated f:29% m:23%.

More female UAE drivers ‘never’ use their mobile phones vs. males f:36% m:23%, but when they use them, by far the main cause is for incoming calls f:78% m:73%. As police states, female drivers seem to be more prone to distracted driving and hence the use of the mobile phone must be stopped, also to comply with the law!

‘Running late’ is stated by female drivers when asked for the main reasons to speed, which is significantly higher than for males f:70% m:60%!

‘Running late’ is a key issue of female drivers, and from various of our research projects, it becomes obvious, that this key issue must be addressed! We need to raise awareness for proper time management and for just leaving on-time or better a bit earlier for all our road trips!

Females asked for the main reason …

Need cause of driving & School Runs:

Females perform the school runs significantly more than males, f: 35% m:28%), while in general the need causes for transportation during the typical work week are very similar between males and females (office commute, chores, entertainment).

Female drivers enjoy driving in the UAE less than males, (“strongly agree/agree”), for example in the last survey from 2020, f:49% m:68%, showing a 19%-points difference.

Over the last 6 years we have witnessed significantly lower levels for females, with a maximum of 19%-points difference.

The used data were extracted from several waves of the ‘UAE Road Safety Monitor’, a long-term perception and attitude research project which has been running for the last 6 consecutive years, conducted by YouGov (representative samples of around 1,000 UAE residents per research wave) and commissioned by RoadSafetyUAE jointly with our CSR-Partners Noor Takaful | Ethical Insurance, QIC and Zurich.