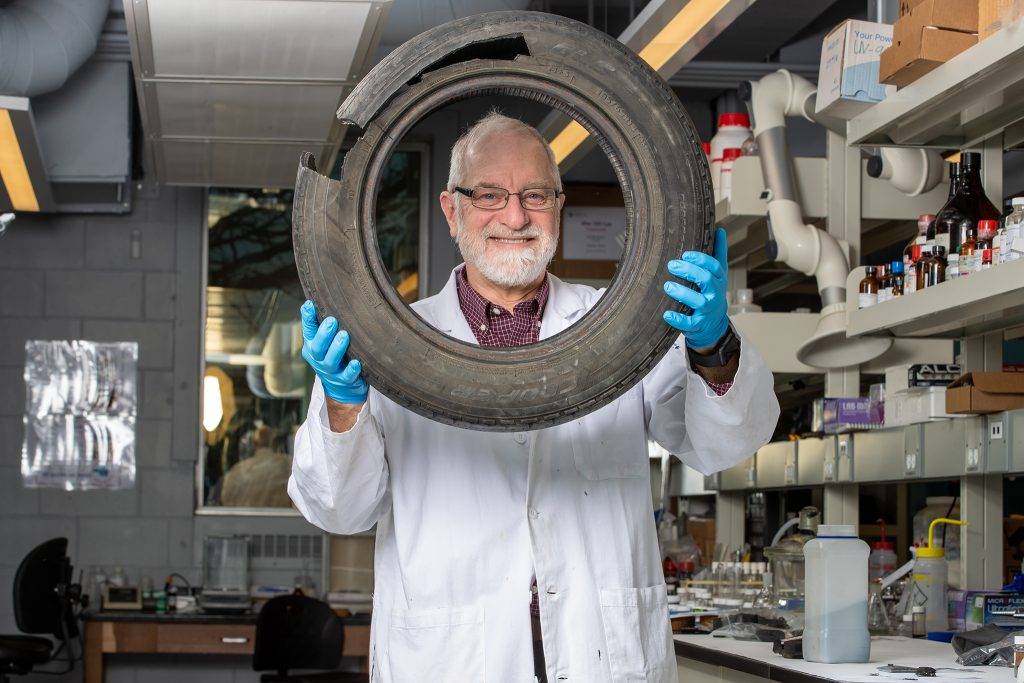 The Brooke Research Group at McMaster University has developed a new technique that can be used for the recycling of old tires. Considering that about three billion automobile tires were made across the globe just in 2019, the impact that a viable recycling method can have on the environment is tremendous. While some end-of life tires are recycled for fuel in the cement industry or converted into rubber crumb to be sed as a reinforcing agent in children’s playgrounds or as fillers for road construction, these methods are really not very efficient. The majority of used tires end up in landfills where they are serious fire hazards and cause high risk of contamination to the environment through leachate (the liquid that percolates through waste sites and into the ground).

Before the development of steel-belt and radial tires 50 years ago, tires were expected to last only for 20,000 to 40,000 kilometers. With the development of advanced tire technologies, tires can now last for as many as 100,000 kilometers. This durability and strength of tires that are currently available are just the properties that make them difficult to recycle.
New ways to break down tires.

The Brook Research Group at McMaster University helmed by Michael Adrian Brook came up with an efficient and mild process that leverages silicone chemistry to break the strong sulfur-to-sulfur bonds seen in tires. The silicones selectively cut the sulfur-sulfur bonds, leaving behind only the organic chains which are easy to isolate. This makes it easy to reuse the tires to make new products. The process was originally developed by the team to make new silicones using very small quantities of a catalyst. It has now been modified to make petroleum-based tires more sustainable by making them more suitable for recycling.

The chemical process involves initially cutting the used tires into sections and converting them into powdered crumb. This process is similar to the one that is currently used in commercial tire recovery plants. The next step involves producing a mild, rapid reaction by heating the powdered crumb with specific silicones at 100C for 45 minutes. This heating process converts about 90 per cent of the available organic materials into a pale yellow oil. The remaining substances, which include inorganic carbon, silica, metal and polyester cord fibers can be easily removed from this yellow oil through filtration.

In one case, the recovered polymers were converted back into new rubbers while the inorganic residue obtained after filtration could also be reused as a reinforcing agent in the new rubber.
The team proposes to continue its work to explore more products that can be made from the recovered polymers. It would also focus on research to reduce the quantity of catalyst needed to improve the economics of the process.

Using the new process, it would now be possible to efficiently convert the rubber in the used tires into other useful materials while also solving a thorny environmental problem.