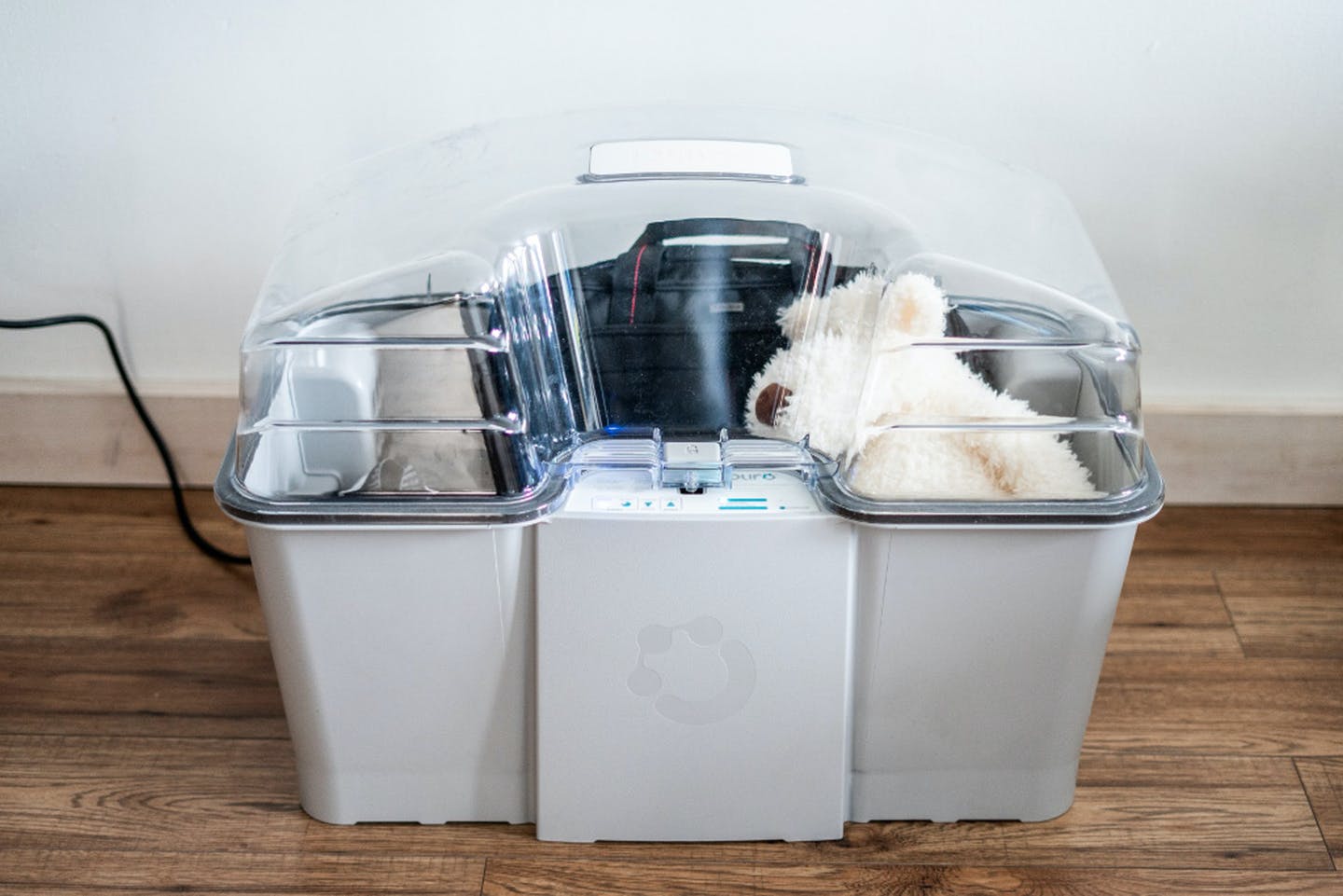 Leading global automotive supplier Magna has developed a sanitizing device that the company says can play a key role in combating the Coronavirus. Magna’s global director, Scott Mitchell said in an interview to Automotive News Canada that the company feels it could really help to save lives and the pruct is ready to use once testing is completed.

Like other companies in the automotive sector, the company has joined the global efforts to combat the corona virus with a revamp of its proprietary device known as Puro. The device is meant to help hospitals struggling with lack of resources and healthcare employees who have minimal or no protection while working in close proximity to those infected with the virus.

The Puro is a sanitizing device that resembles a cooler. It is basically a large container having a cord and a lid that is transparent. It uses ozone to eliminate bacteria and remove odor. It is effective to disinfect even items that are highly grimy including dirty boots, dog toys, and sweaty clothes and helmets. According to Magna’s engineering team, the Puro device was successfully used to eliminate MRSA bacteria in 2012. For those who want to argue that this was a bacteria and not a virus, the Puro was also used effectively against H1N1, the swine flu virus that was prevalent in Europe back in 2009. Magna’s belief is that the device might be just as effective against COVID-19. All they need to back up this belief is reliable third-party test results.

According to an article in The Drive, Puro runs on Magna’s “proprietary software” which it uses to “convert oxygen into super-cleaning ozone molecules”. Once the sanitization process is over, the ozone gas is converted back into oxygen that is safely released back into the atmosphere. Magna recommends that the device be used on items that cannot be otherwise boiled or cleaned. For those who are worried about the use of ozone gas for sanitization, it has been used by professional sports teams to clean equipment, and hence it can be used safely for cleaning everyday objects.

The search for testing
Magna is currently seeking a lab that could provide results to back up the firm’s claims about the Puro’s effectiveness for cleaning purpose. In the event that such test results become available, Magna’s goal is to mass assemble the device within a few weeks. The main hurdle is that all labs are overwhelmed with testing requirements right now.

In the event that the Puro device does work, it could prove to be highly useful to healthcare workers who are suffering from acute shortage of protective gear. The device could be used for disinfection of masks, gloves, and other gear that hospitals are having severe shortage of. According to Magna, one Puro device could be used for the disinfection of 50 face masks every 30 minutes.